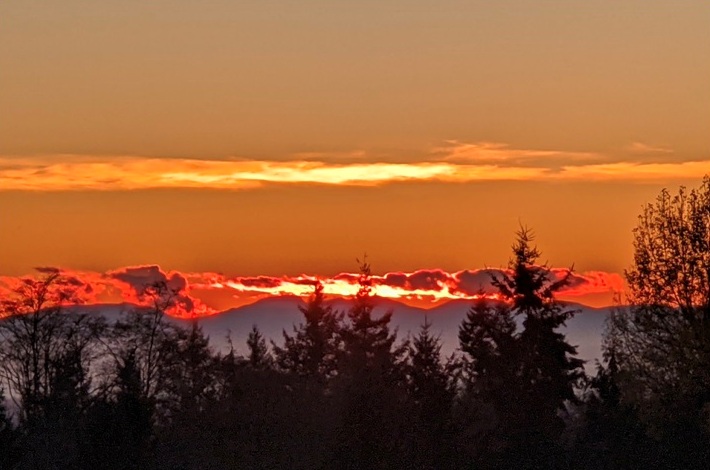 The Treeline: the last forest and the future of life on earth, by Ben Rawlence. St. Martin’s Press, 2022.

The evolution of forests offers important clues to the prospects for Planet Earth. As Ben Rawlence puts it, “the history of humans and the history of the forest is deeply entwined”. His new book traces his journey across the boreal forest, which blankets a vast segment of the Northern Hemisphere.

“More than the Amazon rain forest, the boreal is truly the lung of the world. Covering one fifth of the globe, and containing one third of all the trees on earth, the boreal is the second largest … living system after the ocean.”

The author sets out to explore the boreal treeline, its northernmost growth patterns along the Arctic Circle from Europe to Siberia to North America. He devotes a chapter to each of six countries and articulates the biohistory of the keystone tree species in each of them. Treeline is a good read, part travelogue, part dendrology lesson, and partly an elegy for indigenous peoples who depend on the forest. All of these strands coalesce into ominous signals about climate change.

From his home in Wales, Rawlence starts his expedition in Scotland, where most of the trees have been harvested over the centuries for building materials, agriculture and firewood. Only 1% of old-growth forests remain intact. Genetic analysis indicates that at one time the Scots pine was the dominant species, but now only a few lonely “granny pines” can be found in most parts of Scotland. Hence the title for this chapter: The Zombie Forest. A healthy, self-regenerating pine forest is essential for biodiversity. “Rodents and insects love pine seeds, so a forest must produce a seed crop larger than the appetites of the rest of the food chain.” But global warming is “triggering the pines to release their seeds earlier and earlier and threatening to disrupt the normal seasonal cycles of the forest”.

Another forestry problem in Scotland is the overpopulation of deer, due to the long-standing establishment of large private estates — enabling the favourite sport of the aristocracy, deer-hunting — and the elimination of wolves, the apex predator. Deer in modest numbers are good for the forest, but they “will eat almost any tree as high as they can reach, and they will attack seedlings with their antlers to scratch them, breaking young seedlings in half.” Wildland is a Scottish organization devoted to acquiring estates and restoring the habitat by culling the deer population and “re-wilding” the forest. However it will take hundreds of years for several generations of slow-growing Scots pine trees to replicate an old-growth forest. We may not have that much time if global warming proceeds apace. “Where once Scotland was at the northerly treeline, above which it was too cold or too high for pines to grow, in less than a hundred years it may find itself below the southern limit of that range.”

Climate change has given rise to the opposite problem in Norway: too many trees. Here the keystone species is the downy birch, a hardy little tree whose range is expanding into the land of the midnight sun. For millennia this region (formerly known as Lapland) has been the home of the Sami, the indigenous people of northern Scandinavia. Their nomadic culture is based on the herding of reindeer, migrating from season to season in search of grazing. Reindeer meat is valued throughout Norway as an expensive delicacy
.

Winter’s bitter temperatures on the northern tundra normally produce dry snow crystals that the reindeer could brush away to get at “the carbohydrate and sugar-rich lichen that grows on the ground in symbiosis with the grass of the tundra, a high-energy food for fast movement in winter”. But recently the winters have been growing milder, resulting in a moister snowpack that ices over, “locking the vegetation away from the browsing reindeer”.

Warmer, shorter winters have also enabled the downy birch to encroach on the tundra, “melting the permafrost and releasing methane”. The advancing forest is fencing off the reindeer from their food sources. “Aggressive tree growth … is bad news for the reindeer and the humans that rely on them. Upright birch forests don’t develop a canopy, they are more like thickets.”

Onward to the Russian taiga, by far the largest component of the boreal forest, “stretching for more than three million square miles across two continents and ten time zones”. In the taiga, the Dahurian larch is the dominant species. It is uniquely adapted to the punishing cold of Siberia. The larch has “evolved a mechanism for avoiding the fatal formation of ice crystals inside the living cells of the tree”. Its extensive root systems sit atop the permafrost, but as the latter begins to melt under the impact of global warming, the trees are being drowned from below. This explains why the larch is now retreating, rather than expanding its range into the tundra as the temperature rises.

Permafrost is the Sleeping Bear of this chapter’s title, and the bear is awakening. The author interviews several Russian research scientists who are trying to sound the alarm about the implications of melting permafrost. “All the towns, roads and pipelines of Siberia are built on permafrost, and they are already collapsing.” And of course the accelerating release of vast quantities of methane and other greenhouse gases from melting permafrost portends a dire outcome for the planet.

Rawlence’s next destination is Alaska, which he has to visit virtually as COVID-19 intervenes. The Bering Sea has blocked the migration of larch from Siberia. Instead, “the Alaska treeline is made up of a mix of white and black spruce, one loving well-drained dry soils (white) and the other seeking out the waterlogged bogs of the valley (black)”. Another keystone species that has transformed the Alaskan landscape during global warming is the beaver. Comparing aerial maps between 1950 and 2020, many thousands of beaver dams have been added to the tundra. “Beaver ponds create a foothold for more trees and for other species that rely on them; amphibians, insects, fish and birds.”

However, scientists analyzing these maps were puzzled that the spruce forest had expanded only a little into the tundra, while shrubs were much more prolific. The explanation may lie in the underground fungal networks accessed by various plants. “It seems that the key to understanding where and what the treeline is and how it will respond to warming and melting is not to be found among the greening spires of the eager spruce above ground, but in the humid black organic layer below.”

The next stop in the author’s exploration of the treeline is Canada, where the balsam poplar holds pride of place. Unlike the conifers in the boreal, the balsam poplar has large leaves that it loses in winter. “Its large plate-like leaves … are full of oils and resins…. The soil around balsam poplars is very dark because it is rich in fulvic and humic acid…. These acids leach into the soil and the water table and eventually find their way out to sea. In saltwater they are the catalytic trigger for the foundation of the ocean food chain.” For example, the rivers flowing into Hudson Bay provide nutrients from these trees for phytoplankton, the basic element in the ocean’s food web. And so this chapter is dubbed The Forest in the Sea.

However, this symbiotic relationship between land and sea has suffered direct human interference such as the damming of rivers in northern Manitoba, Ontario and Quebec (not to mention Site C) for hydroelectric power. And the melting of permafrost and sea ice in the Canadian Arctic due to climate change is threatening the balance of nature. “The feedback between the warming of vegetation on land and the chemistry of freshwater drainage on primary production in the ocean is a great unknown.”

The final destination in this odyssey is Greenland, which would seem to be a misnomer given that its ice cap is second in size only to that of the Antarctic. But the ice sheet is receding, and the warming southern region can now support agriculture and forests. The Greenland mountain ash, a unique subspecies of rowan, is one of the few native trees on this large island. Nevertheless, over the past three decades scientists have established an arboretum in a southern valley that now consists of 250,000 trees representing 110 boreal species. As other forests worldwide are being burned, starved, drowned or cut down, “Greenland could sustain forests like those in Germany or Romania. And, more important, it could be a refuge for species facing heat stress much farther south.”

Treeline offers a fascinating yet fraught tour of the boreal forest as Planet Earth lurches toward climate chaos. Rawlence humanizes his account with entertaining anecdotes about his inquiries with researchers studying the boreal forest in all these places, and about his interactions with indigenous peoples who are losing their traditional lifestyles among the trees.

The boreal is another canary for mankind in the coalmine of global warming. “In the future, when the ice is gone, there may be no such thing as a treeline at all…. Environmental degradation, specifically deforestation … is central to the collapse of every civilization we know.”