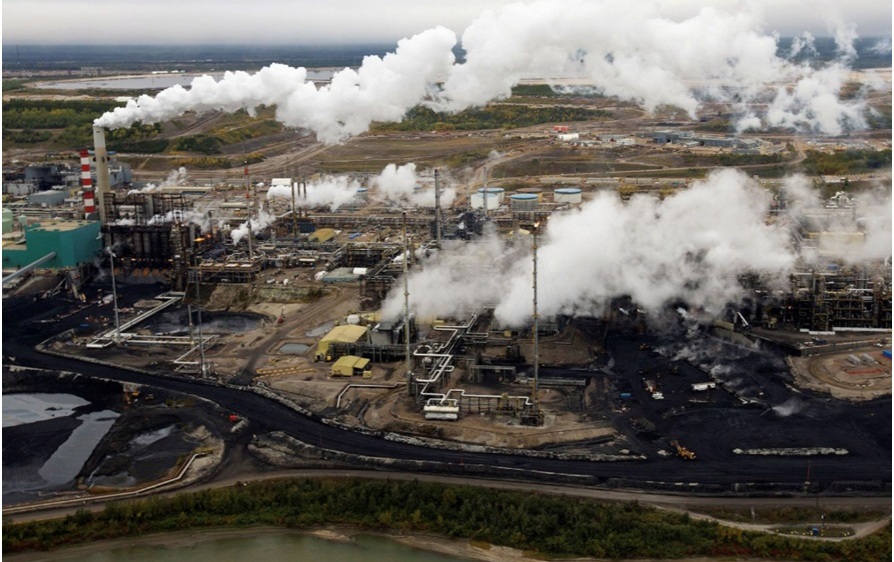 In June 1988, NASA scientist James Hansen sounded the alarm about global warming at a US Senate hearing on climate change.  On the following day, his message was a front-page story in the New York Times.  That moment is often cited as seminal in raising public awareness about the environmental risks of burning fossil fuels.  Why then are we still fighting this battle?

For a number of years, Vancouver-based Geoff Dembicki has reported on climate issues for VICE News and The Tyee.  He acknowledges that The Petroleum Papers builds on some of his earlier researches.  To some extent, this new book is an update to Oreskes and Conway’s Merchants of Doubt, a 2010 book and 2014 documentary film that exposed the similar strategies of tobacco companies and petroleum producers, namely to undermine the scientific evidence of the threats to public health that their products posed.  Dembicki has added a Canadian flavour to the story by focusing on the Alberta oil sands.

He describes how, for the past 40 years, North American oil and gas companies have mounted a sustained campaign of climate disinformation and resistance to government restrictions.  The Petroleum Papers is a chronological account of their use of professional climate-change deniers and lobbyists to sow confusion among the public and to thwart measures that might reduce petroleum production and profits.

Here are a few examples of what Dembicki’s investigations have uncovered:

In short, the petroleum industry and its surrogates have campaigned successfully over several decades to ignore, downplay and deny the growing body of scientific evidence identifying fossil-fuel products as primary contributors to rising levels of carbon dioxide, which in turn has been warming the planet to dangerous levels.

But public awareness of this cynical strategy is growing.  In recent years a number of US states and municipalities have sued Big Oil players like Exxon and Suncor, charging that “oil sands companies knew about the dangers of climate change decades before the general public, made huge profits selling products that accelerated the emergency, spread doubt and confusion about the science, and then passed off the heavy costs of disasters and extreme weather”.  These lawsuits are still under litigation at various levels.

The results of the recent 2022 US midterm election have revealed more pushback against the oil companies and their surrogates.  According to Chris Hatch of the National Observer:

Across America, candidates who sued Big Oil got re-elected, promoted or helped successors into office to continue prosecuting the cases. That trend held from Minnesota through Massachusetts, Connecticut, Delaware, Rhode Island, Vermont and Washington, D.C.

One leading example is Minnesota Attorney General Keith Ellison, who sued ExxonMobil, the American Petroleum Institute and Koch Industries over their decades-long misinformation campaigns. He campaigned and won on protecting Minnesotans “from corporate fraud and deception by Big Tobacco, Big Pharma and now Big Oil.”

And the COP27 conference in Egypt late this year has shone the spotlight once again on the incompatibility of fossil fuel development and worldwide net-zero objectives.  Banks that are funding new oil and gas projects are also in the crosshairs.  Will the multinational decarbonization pledges that were generated at COP27 and its predecessors ever bear fruit?  On the other hand, it is reported by Global Witness that 30 countries had a total of 636 pro-petroleum lobbyists in their official COP27 delegations, with the Emirates and Russia leading the parade.

Getting back to The Petroleum Papers, I have a quibble with the unorthodox referencing format in this book.  In the endnotes there is ample documentation of sources — 25 pages of citations.  However, these endnotes are linked not to superscript numbers from the body of the book, but rather to phrases in the text, without page references.  It’s a cumbersome process for the reader to follow these up.

Nevertheless, Dembicki has produced a valuable historical reconstruction of Big Oil’s duplicity, and its responsibility for the rising rates of carbon dioxide that have been spewed into the atmosphere over the past half-century.  It has taken a long time for citizens and politicians to learn the lesson that corporations, whether in the tobacco, pharmaceutical or petroleum industries, are self-serving institutions which will sacrifice truth and public health on the altar of profit.  Are we ready to trust the science yet?