A Nurse’s Call For Action 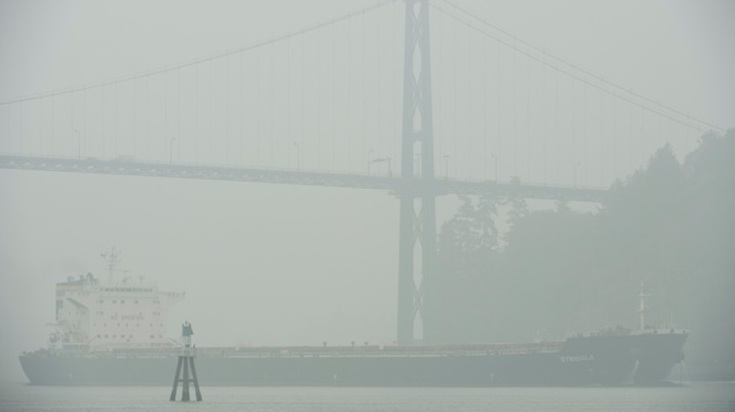 Students settle in for a subject that is both compelling and disturbing. They’re a mix of first year and senior level students from programs at the University of British Columbia such as Arts, Engineering and Kinesiology. Today, they will hear how extreme weather events in Canada, and specifically British Columbia, are affecting human health.

“I acknowledge that anxiety in students. Some of the content is heavy, heavy stuff. I have a very open, safe space for students to voice what they are feeling or what worries them.”

The class ‘Nursing 290’ is led by nurse, Raluca Radu, and explores the climate crisis from a health perspective. The UBC lecturer eagerly shares her learnings about the fragility of our natural environment with students, peers and professional groups, a passion inspired by her family’s story.

Radu was born in Rumania and at the age of 12, she and her parents emigrated from the former Communist country to Canada seeking a better future.

“I am forever indebted to my parents for their tremendous courage to take a leap of faith and come to Canada in the hope of offering me a better life. I never forget where my roots lie, hoping to inspire others who can relate with having dual nationalities, who can relate with facing struggles on the journey to success.”

Radu graduated from Douglas College’s nursing program and then worked as a surgical nurse as well as in occupational health and safety before pursuing a master’s degree at UBC. Midway through her studies she decided to focus on ways to integrate climate change into nursing education. She would later create a lesson plan for nurses to use in both clinical and university settings.

“Knowing that human health is in peril because of certain human related activities, I felt like there was no bigger thing to work on than working toward health and working toward sustaining civilization on the planet. If I ever feel hopeless at any one point…there are many points I do because I think most of us in this work have our ups and downs, then I think about the why and then I’m back on track and know what I need to do.”

What the 33 year old Radu has been doing for the past few years is teaching a course that has become quite popular. With registration capped at 50 students per class, there’s a waiting list to get in. Registration has increased since last year’s severe weather events in British Columbia, the heat dome followed by an atmospheric river.

The course is not part of the curriculum for nursing students although some in the class may eventually enroll in a nursing program. Radu believes it complements the perspective of those who are in environmental sciences or other disciplines.

“I had a civil engineering student who actually wants to know how the work he’ll embark on as a civil engineer will take into account human health. Students are hungry for this type of education. Some have said this should be a mandatory topic in high school.”

The 14-week class combines theory with real-life as students probe diverse issues from conservation to heat and air pollution and draws from extensive research and reports linking climate change to major health concerns such as respiratory and cardiovascular disease as well as poor mental health.

For Radu, the connection between climate change and health is indisputable pointing to the medical journal Lancet’s recent publication. It warns that the world’s continued reliance on fossil fuels has increased the risk of food insecurity, infectious disease and heat-related illness. The Lancet report finds that heat-related deaths globally have increased by two thirds over the last two decades.

Closer to home the evidence of climate change’s impact on human health is growing.619 people lost their lives in British Columbia during the heat dome in 2021. On top of that, smoke from wildfires has continued to compromise public health in this province and elsewhere in Canada. With that in mind, Radu designed a case study examining the financial, health and social impact of wildfires on BC communities and uses it as part of her teaching.

“The biggest concern in BC is air quality from wildfire smoke and also with respect to heat and recurrent drought seasons. What are we doing to think about mortality and morbidity cases that will stem from heat related illnesses? We really have to consider preparedness beyond just the compounding issues from a staffing perspective in our health care system. We also have to try to meet the needs that will come because of climate change-induced events. I’m not sure we are ready.”

Driven by her passion for ensuring environmental health through a nursing voice, Radu is active in many spheres having served as an executive board member with this national organization for nurses, blogged on climate topics, and spoken at several events including this webinar and this one.

As a master’s student, she prepared a wide-ranging position statement for the BC Nurses and Nurse Practitioners Association which outlines how nurses can respond to the effects of climate change and take action to reduce it.

Worldwide, nurses make up the largest percentage of health care workers and Radu believes that can work to their advantage ingenerating greater public awareness of the issues and in effecting change.

“Nurses are seen by the public as one of the most trusted professions. That should be used as leverage in terms of how we are really able to use our wealth of expertise to help people understand how the changing climate is potentially going to be impacting health. I think the position of nurses is optimal because we’ve clearly proven the fact that we can solve a lot of complex problems, even during the pandemic. We’ve played a critical role in ensuring that people were getting the care they needed even though it meant working around the clock.”

Nurses spend much one-to-one time with patients, opportune moments when appropriate to advise patients on ways to protect themselves and their families from heat-induced illnesses or wildfire smoke. To do so, nurses need to learn more about the health impacts of climate change.

That’s why she supports the inclusion of climate change in professional development training for nurses and in the curricula of nursing school programs in Canada. She also believes the latter could be done in a year because of the availability of resource material.

“If we want our health care systems to be able to respond to people who are going to be in crisis because their health is going to be impacted, then we need to pour more resources in staff and knowledge development. There’s a movement right now and it’s picking up in terms of how we approach these subjects in medical schools and nursing schools. I can speak as a nurse, there is nothing coming from our regulatory bodies saying you have to teach about climate change in your program. Our nursing colleagues in the U.S. are a bit ahead of the game. We are trying to learn what has happened there.”

Radu sees the role of nursing changing to become one of more visibility in the media speaking out on these issues and urges not only nurses but everyone to be a strong advocate for climate change. She describes it as a call for action.

“It’s never too late or too early to join in these conversations, to not be afraid to join city council. This is what I tell my students. Most of us when we learn about climate change see it happening, we panic, we get into that paralysis state and that’s not where I want people to stay. The best place to stay is when you realize what is happening. Find out what matters and stick to it. Once you start engaging in action whatever your values, a small cleanup in your park, or an awareness get together with people to talk about heat safety. That will help to propel people beyond paralysis. My message is to get involved because finding people who share your values will help you overcome the anxiety you may feel from learning about climate change and seeing it in your community.”