A Meteorologist’s Perspective on the Climate Crisis 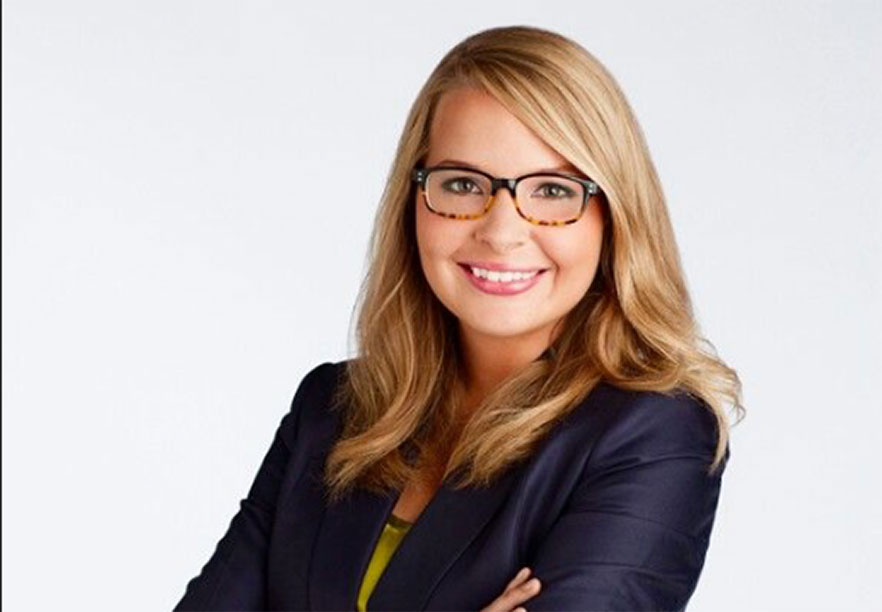 Johanna Wagstaffe is likely the hardest working, multi-talented broadcast meteorologist in British Columbia. Whenever there is significant weather in BC or the rest of the world, you’ll see or hear her on regional and national networks providing insight through TV, radio and social media.

Since 2012, Wagstaffe has been the on-air meteorologist, seismologist and scientist for CBC Vancouver News and CBC News Network.She calls it her dream job and in that role, she has reported on space missions and major environmental events such as United Nations climate change conferences.

Wagstaffe has hosted award-winning CBC Vancouver podcasts including 2050: Degrees of Change, a seven-part series which in 2018 examined how British Columbia’s climate will change and what that will mean for daily life. She also contributes science stories in her series “Science Smart” which can be seen on CBC’s Our Vancouver.

“Science was alwaysmy favourite subject in school.It was the idea that you could look at the natural world around you and understand how it all fit together and how these processes explained what we were seeing around us.”

After high school, Wagstaffe was considering both science and journalism programs in university, ultimately choosing science where she earned a degree in geophysics and a certificate in meteorology.

“I consider myself lucky to come back into storytelling. I love science communication.”

She has written two children’s books on science with another to be published this Spring about wildfires and climate change.She also has a pilot’s license which she secured at the age of 17.

She has become increasingly concerned about the effects of climate change especially now that she is the mother of a young boy.Last year, she had a first-hand opportunity to learn about what nations of the world were prepared to do at COP 26 Glasgow.

I interviewed her a few weeks after she had had time to reflect upon the conference and significant weather events in BC.

What recent weather in British Columbia has had the most profound effect on you?

It’s a good question and a good place to start. I keep thinking of the latest weather event that has had the most profound effect on me personally and my family and then the next one hits. I thought it was the summer/September of 2020, sort of the year my young son was attracted to the world around us and for two weeks we couldn’t head outdoors because of the smoke and it was too dangerous for him and I thought that’s the moment where I could really feel climate change impacts unfold, and then it was the heat dome and I thought this is the moment. I could really feel it personally. I had to spend a few nights with my sister who had air conditioning. I thought this was the moment.

And now it’s the flooding. And just to see how many people have gone through back to back weather disasters in this province, I think each one becomes an even bigger galvanizing moment. So I would say it’s the last one.

It’s interesting to note that some of the prognostications in your 2050 Degrees of Change podcast which seemed far-fetched at the time seem to be coming true with respect to BC. What are your thoughts?

I couldn’t agree more. Even in 2018, we were already experiencing a changed climate, an increase in climate weather disasters. You know that snapshot of 2050; I think many experts, myself included, didn’t expect to see so many of them play out in rapid succession so soon in time. It was everything from sandbagging because of the latest atmospheric river was coming… and extreme heat through the summer.

Talking about the layering of disasters, a big theme for the 2050 podcast was this young girl in the future having to wear a mask all of the time and it just really stood out for me that we have these weather disasters unfolding in the middle of a pandemic and everyone is wearing these masks. Yes, it has been eerily unfolding in front of our eyes.

To what extent do these weather disasters make BC even more vulnerable to changes in climate in the years to come?

One of the takeaways for me through my research for 2050 was that BC will continue to see extreme weather events but compared to the rest of the world, BC is a little bit of a haven. I think my opinion has changed in the past six months. It’s a reminder that we can have some of the best emergency planning. We think we have some of the best infrastructure, best sort of social thinking but in the end it clearly hasn’t been good enough, fast enough, or strong enough to compete with climate change. Hopefully these recent weather events have made officials and decision-makers rethink how prepared we are.

When you say BC is not ready, can you be more specific?

It ties back to earthquake preparedness. Every place in Canada, every province, every region has their own set of natural hazards that they always have to watch out for. It’s the hurricanes on the East Coast, tornadoes in Ontario, drought in the prairies.  We naturally have weather disasters but on the West Coast we have a union of a few of these that many people didn’t think would happen so close together. We knew we were vulnerable to heat waves and droughts but I don’t think we realized it would be followed by vulnerability to increased atmospheric rivers. Add to that the threat of an earthquake which obviously is not connected to climate change but it goes back to this idea that we have unique hazards that are increasing because of climate change and we’re not ready for them.

You have had time to reflect on your assignment at COP26 in Glasgow, what are your thoughts now in light of the commitments, announcements and chatter?

It was interesting timing that while I was in Glasgow as a climate reporter interacting with scientists, activists and delegates from around the world, particularly island nations and developing countries…when I would meet them and they found out that I was from British Columbia, they would want to know how I was doing, how my family made it through the heat wave. I flew back into the floods. It was November 15. It was quite poignant that the rest of the world was watching us.

As we came from technically agreeing to a rule book for the Paris accord, there was some positivity but not everyone was happy.  I realize these agreements that happen on a large scale are important and we need them but it’s not the only change that needs to happen. That change has to come from all levels, not just government. It has to come from the grassroots. In Glasgow, I saw the pressure that these groups put on the delegates and how left out they felt but that how hopeful they also felt working together. While everyone was meeting up at this global stage and coming up with some kind of agreement that was important, things were unfolding under our feet. So change has to happen on all fronts.

You use the word hopeful. What encourages you about tackling climate change now?

It encourages me more than ever that so many more people are talking climate change as part of everyday communications with friends and family, and from groups I wouldn’t expect. I’ve always been hopeful and inspired by younger generations and the fact they’ve taken this on as their collective cause. I like that they don’t have to think of themselves as a scientist or a climate activist or environmentalist. It’s just part of whatever they’re interested in or whatever skills they have to wrap in climate change conversation and climate solutions. It really seems to be making it a part of daily conversation and that will continually put the pressure on for change.

Speaking of young people, what has struck me is that organizers of many of the environmental protests are young women.  Does that resonate with you in some way?

Absolutely. It’s really inspiring and encouraging. When I started going to school to be a scientist, women were definitely outnumbered. Even in my generation, just one other woman graduated in my undergrad class. I’ve been able to move forward because I’ve had mentors like Claire Martin, a scientist who worked at CBC before me. I had great women role models as scientists but it’s encouraging to see that you don’t have to be a scientist. It is female leaders on any front coming together that have made a big difference.

Whether it’s BC or elsewhere are there some innovations in research or in development tackling climate change that excite you?

On the science front, we are starting to see a tipping point, a turning point when it comes to business engaging with green solutions. The biggest change is going to have to come from policy and moving away from the fossil fuel industry. It’s encouraging to see businesses on whatever scale decide to make green energy and green solutions part of their business model. They realize that’s what consumers want.

On the other side of things, it’s the grassroots movements that have really impressed me. It is neighbourhoods and communities coming together, deciding to do different things on a small scale. Creating a storage container that lives in an East Vancouver neighbourhood and they all pull together and buy power tools, lawn chairs and sports equipment. It’s a small example of being less wasteful and sharing those items together.

In one of your panel discussions, scientist David Suzuki felt we had lost the opportunity, that it’s too late to make changes.  Are you optimistic the world will get a handle on climate change?

I have to be optimistic and more optimistic than ever now that I have a young son. And I am optimistic that we will stop warming at some point. There is still hope we can keep warming to 1.5 degrees. We’re already at 1.1 degrees warming since the industrial revolution. Point four degrees will be very hard to stop. Every tenth of a degree has an impact on climate change and then ultimately on severe weather events. I’m optimistic we will stop it.  I’m not sure where.

In what ways has climate change become an integral element in weather forecasting compared to several years ago?

We have to be very careful when we’re talking about a weather event to not mislead the public into thinking…this one flooding event would not have happened without climate change. But our audiences are learning with us. Our audience’s science literacy is going up. We can expand on the concepts with our audience and they can learn about climate change through meteorologists.

(The interview with Johanna Wagstaffe has been edited for length.)

Bill Stovin is a retired journalist with a long career at CBC-TV and radio and in private radio as well as a former communications director in government.