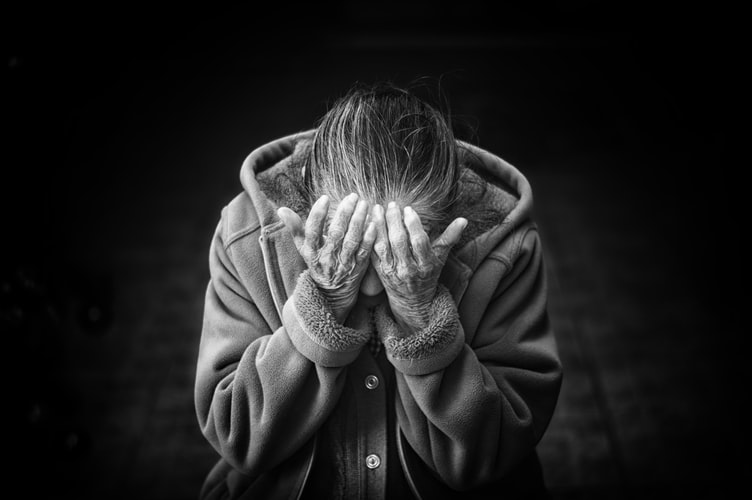 First in a series

The heads turn. The gaze of the eyes falls on me and the ears open to hear what I have to say. But although I know what I want to say, I don’t have the words yet. Or, I know what I need to say, but do not have the skill. They wait, and in the waiting, I hear old Ezra[1], “pull down thy vanity, pull down…to have done instead of not doing / this is not vanity.” And I think of Paul Kingsnorth, novelist and co-founder of the Dark Mountain project, questioning the value of writing altogether: “This language, as it’s currently spoken, certainly written in prose, is not remotely adequate to represent what you can actually see and feel when you go into a forest – it’s the opposite of indigeneity.” [2] And I think of Audre Lorde: “the master’s tools will never dismantle the master’s house.”

I feel your eyes upon me as we sit in this circle. Your ears are open, as are, I hope, your hearts. It is as though for my entire life I have been walking on thin ice. And now, the ice has cracked and broken, and I sink into dark and frigid waters, unable to see or find my bearings.

Meanwhile, Brother Dougald[3] is settling into his home in the town of Östervåla, an hour’s bus ride northwest of Uppsala. There, guided by the story of a search for “home”, he and his partner, Anna Bjorkman, are intent on creating a“gathering place and a learning community for those who are drawn to the work of regrowing a living culture.” Meanwhile, brother Bayo[4], recovering with his wife and kids from Covid-19 in Chenai, India, is riding the metaphor of fugitivity, deeper and deeper into the forest of these burning times: “If you know where you are going, if you are clear on the destination and how to get there, it may be that your clarity has fooled you into thinking you have traversed worlds when you have merely substituted familiarity and intelligibility for the uncomfortable yet transformative potential of bewilderment.”

I have been thinking of these two metaphors – home-coming and fugitivity – for some while now. They both speak to me, powerfully, and continue to shift the shapes that I inhabit in the burning house of these times.

The sweat shop is on fire. Eyes
Eat smoke. Lungs drown in it.
All is dark red, even the screams.
The doors are locked from without.
The screams are ours.

Let us call this house that burns, Modernity. Let us imagine that Modernity is merely the latest twisted incarnation of Empire.

“The dominant ways of knowing and being (often called Western or modern), see being as grounded in knowing, thinking, mastering, and engineering.”[5] Let us understand that these “ways” are now in the service of Capitalism, the economic system that is dependent on the extraction and conversion of value from natural and social systems that constitute the “worlds” we currently inhabit. And let us further imagine that this project, the project of Modernity, is being radically disrupted, despite the protestations of billionaires vying for their tickets on the next rocket to nowhere.

It is being disrupted by many bumps in the road, topes that cannot be ignored without serious damage to the undercarriage of the speeding vehicles that carry us, ever onward. If only it were only the bumps in the road! But the road itself is being obscured by the smoke from the fires that erupt in both North and South, by the floods that pour through city streets, by the global pandemic that resists closure.

And within that whirlwind of catastrophe, the ground within our nation of so-called “Canada” has been opened to reveal the bodies of the children, children murdered and children hidden from view, children starved, assaulted, ridiculed, tortured and tormented, children who never returned home.

I am father, a grandfather, and an uncle but I do not believe that it is necessary to be any of these “things” to be able to imagine what it might be like to live a life never forgetting, always remembering, the child who did not return, and wondering where they are, wondering what happened, not knowing, never knowing, what became of that one, whose smiling mouth will never be seen again, whose breath upon your skin will never be felt again. But such is our amnesia, such is our unwillingness to remember, that we invent ever more creative ways to ignore the foundations of our presence (and yes, of course, our privilege and entitlement) in these lands of the “New World”.

The “discovery” of the unmarked graves at the sites of former Indian Residential Schools in B.C., Saskatchewan, and elsewhere is far from unexpected. An entire volume[6] of the findings of the Truth and Reconciliation Commission was dedicated to the missing children and the thousands of unmarked graves dotting the school grounds like pox. Also unexpected is the creation of crisis lines to assist survivors in negotiating somehow this latest body blow of trauma. And, I have learned as well to expect the response of our media (both mass and social) as we drift mindlessly into and through the current “news cycle”. “We” are invited to act as troubled by-standers to the “news” of each successive set of un-coveries, invited to “feel the pain and anguish of survivors” as they cope with the tendrils of a nightmare that does not end.  But we are not expected to be stopped in our tracks by the horrors of genocide implicit in colonization and our complicity and our profiting from it.

Like many settlers, the dogs of what might have been at one time called Conscience, I have searched for a word able to capture the complex of feelings and intuitions that arise when I interrogate my relationship with the indigenous people of this land. Shame, guilt, fragility have each found a foothold on these shores in the past. But there is now another dance partner standing in the wings: “moral injury”. In 2009, the term ‘moral injury’ [9] was modified by Brett Litz and colleagues as “perpetrating, failing to prevent, or bearing witness to acts that transgress deeply held moral beliefs and expectations may be deleterious in the long term, emotionally, psychologically, behaviorally, spiritually, and socially” (2009, p. 695)[7]

I did not steal the land but I continue to benefit from the theft. I did not murder the children but my ongoing presence in these lands results from their disappearance. We choose not to acknowledge the truths by which we live. What must we continue to believe so that we may continue in a state of amnesia?

The arrival of the British and European vampiric invaders began a mere 500 years ago, while our origin story in British Columbia generally begins in earnest with reference to the 1778 visit from Captain Cook, a scant 243 years back. My own people started arriving here in the late 1800s, from Cornwall, Surrey, Northumberland, and Bornholm. One of my grandmothers, Irene Scott (nee Thoresen) was born in Vancouver in 1899. My people have been living on this coast, on or about the Salish Sea for only five generations (and counting).  These coasts have been inhabited, at the minimum for thirteen thousand years. What must we believe; must we have been trained into; learned to walk with? To not break into three thousand shards, to not fall onto our knees for forgiveness.

That is the ice that has cracked. My ice. In writing this, and grappling, yes, grappling, with these concerns, I became aware of my assumption that I might speak for others, a “we” that I take for granted, at the very least, a polite if not enthusiastic audience. Now, I don’t think so. It is all now Mary Oliver’s The Journey: “determined to save / the only life that you could save.”  I have to start there. Here. Otherwise, no one else gets helped either. See the Heart Sutra (Prajnaparamita) for a more detailed explanation. But I hadn’t really grokked that until just recently.

And with that has come vertigo (and horror) – a friend of mine and fellow worker, a big-hearted, strong bodied lover of life enlisted in the Canadian military, did two tours in Afghanistan, and died by suicide in the Maritimes, leaving behind two kids and a wife. He died of moral injury – but…, yes, and but…

From this vantage much becomes understandable. The gnawing search for a home. The rootlessness, the insatiable longing however much it is sublimated, mostly for things.  As we watch the graves being revealed, and as we listen to the voices of the survivors, perhaps for the first time, or for the first time really listening, as we sit in this vast talking circle, there is a shift. Or it is an invitation. As a settler, my pain is the pain of the perpetrator or the pain of the one who could not or would not or did not act (perpetrating, failure to prevent or bearing witness) acts of atrocity. (And so, we must also distance ourselves from our ancestors, our parents, grand-parents, and so on, to prevent contamination from their sins.)

We must name these things and we must do it together. (Ah, I fall back into the plural exhortation, the we of whee whee whee!) But is it not the case that it can not be done alone? If we were to believe the dominant story, survivors of the Residential School program must turn to each other, and turn to help lines, in order to heal, in order to somehow find a container for their trauma. But for us, the settler, nothing much. Our moral injury goes unacknowledged. And the amnesia continues, and thickens.

So, where are we at? Where am I at? Heading for Home? Fugitive? Perhaps I am a fugitive heading home, a fugitive holding some talisman or compass to follow, believing that there is a destination that will provide ultimate satisfaction. Questions posed on stolen land!

Martin Prechtel writes, “You’re not really here where you think you are. You’re slippering around on the slick ice above the life-giving reality that lives beneath what you think is real and solid.”[8]Normal has been disrupted (by plague, by fire, by flood, by the light shining on the crimes of our people). Efforts to master this situation will make it worse. Even the word “how” scares the angel into hiding!

My friends, it has been a good talk, for me at least. I am beginning to find some of the words that want to be found. Let’s listen together.