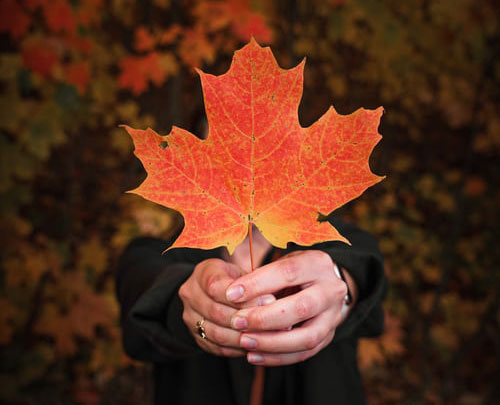 “Redemption preserves itself in a small crack in the continuum of catastrophe.”

Although the Trudeau government continues to promise further steps toward Indigenous reconciliation and allocate funding to issues such as the quality of water on reservations, a real opportunity to advance reconciliation remains.

Like many nations, Canada faces an existential crisis. Some of the elements of this crisis include its unresolved colonial history, the climate crisis, a pandemic, an economic crisis like we have not seen since the Great Depression and, on the west coast, air quality that was worse than Beijing and Lahore for a few days over the summer. When a country faces a crisis of this magnitude it needs inspiring leadership. Leadership that people can trust. Though Canadians have felt appreciative of the Liberals response to the climate crisis, recent revelations reflect costly delays in taking action about COVID and the WE Charity affair has undermined confidence in the government.

There is where a hidden dimension of the long forgotten 2018/19 SNC-Lavalin affair continues to be significant as the Prime Minister and his Party take the next steps in responding to a turning point in the country’s history. This dimension has to do Jody Wilson-Raybould’s standing and history in the Indigenous community and, quite possibly, Jane Philpott’s respect for this dimension acquired during her tenure as the Minister of Indigenous Services and through her friendship with Wilson-Raybould.

Wilson-Raybould is the former BC Regional Chief and, equally importantly, holds the title and responsibility of Hiligaxste. The Hiligaxste’s responsibilities include the healing and training of leaders.  “In our system, I am Hiligaxste’,” Wilson-Raybould has said. “One of my jobs is to lead the Hamat’sa, or the chiefs, into the Big House. The Hiligaxste’ can be defined as one who corrects the chief’s path. We show them the way. Symbolically the power of the Hamat’sa is tamed, tempered then propelled.”

In the SNC-Lavalin affair, Trudeau failed an important test of leadership and then, shifted the blame to the person who was best able to help him restore his integrity. In this dimension, the more the leader fails such tests, the more his ethical blind spot will compromise his leadership. Trudeau’s misstep in this situation also replicated Canada’s historical oppression of indigenous people and its historical reticence to learn from their wisdom.

During her tenure as Minister of Justice and Attorney General Ms. Wilson-Raybould showed us how critical ethical integrity is to democracy and the rule of law. Wilson-Raybould and her colleague, Jane Philpott issued a clarion call on behalf of government’s responsibility to abide by the law and to be honest with the public, critical factors in the ethical authority to govern.

I think this is a crisis of the spirit, as well as a political and economic crisis. Our collective well-being requires that we have some degree of confidence in the major institutions of our society and especially in the governments that we elect. When this confidence dips below a certain level the spectres of chaos and extremism appear. Authoritarian leaders lick their chops and warlords marshal their forces. Those with a penchant for violence feel licensed to act out.

Political developments in the United States and countries such as Hungary and Poland demonstrate that the fabric of western civilization is in jeopardy. The relatively peaceful era of progress since the second world war is in danger of being cast aside in favour of divisiveness, xenophobia and paralysis. There is increasingly widespread agreement that our earthly home itself is in jeopardy.

In the SNC-Lavalin affair Wilson-Raybould protected the rule of law, namely that the Director of Public Prosecutions made the correct determination in denying SNC-Lavalin a Deferred Prosecution Agreement (DPA). SNC Lavalin simply did not meet the criterion for a DPA. There are several such criteria outlined in section 715.3 of the Criminal Code.  As for SNC Lavalin, this is a corporation with a history of malfeasance and corruption that goes well beyond the case in question. Worth noting is the fact that the company was not subsequently awarded a DPA even with Wilson-Raybould out of the way.

This is not an argument of behalf of Wilson-Raybould’s sainthood, but it is to say that Canada needs the clarity of her voice and the strength of her wisdom at this critical juncture. There are vital spiritual, ethical and economic issues in need of immediate resolution, not the least of which is the state of the planet, clearly in distress because of our misuse.

At this point it is vital that we listen to and learn from our indigenous relatives, friends and colleagues worldwide. Indigenous peoples have taken care of the Earth for many millenia prior to the agricultural, industrial and digital ages all of which have increasing impacted the environment. They have knowledge to share about the sacredness of the environment and its care. Now is the moment for the Trudeau government to honour its vow to make reconciliation with Canada’s indigenous peoples a priority by reconciling with one of Canada’s foremost Indigenous leaders and to redeem the deeper ethical integrity of his leadership.

Let me pause, in conclusion, to recognize the magnitude of this ask and the difficult, some would say impossible, position it puts Trudeau and his colleagues in. In apologizing, not to speak of acknowledging a mistake, a leader risks being seen as weak by the opposition, the press and public. This unfortunate ethos makes a course correction difficult and adjustments to society’s critical symbolic and spiritual dimensions next to impossible. But, in these exceptional times, perhaps correcting course and achieving the next to impossible are required of all of us.