The Redemption of the Canadian Soul: More Lessons from the Avro Arrow. 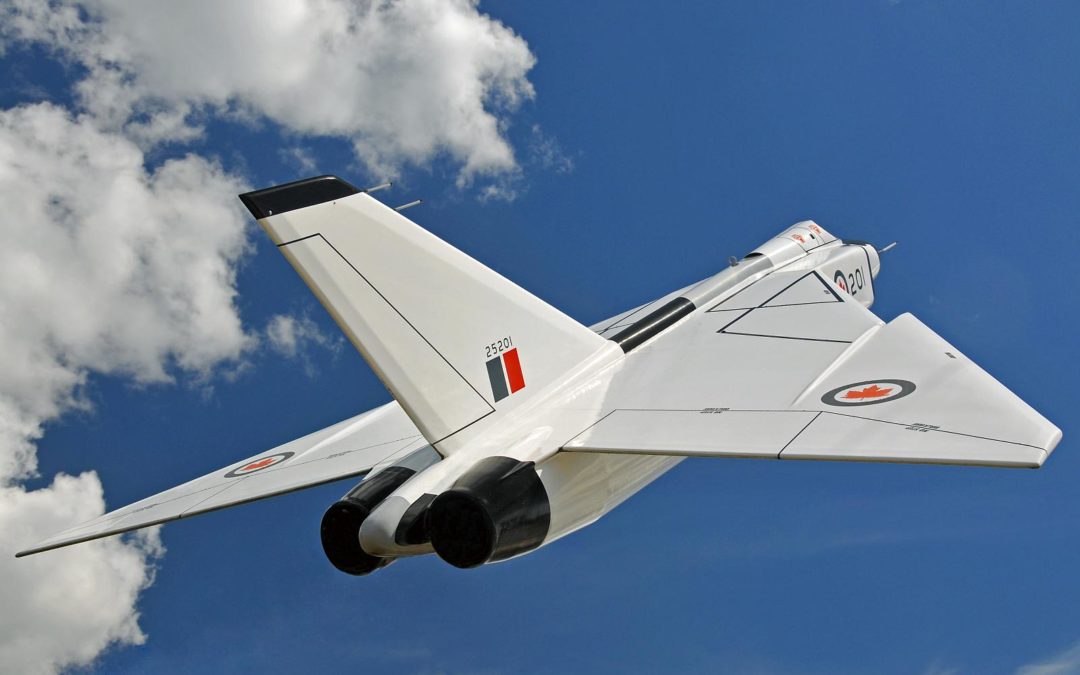 Can you imagine the utter foolishness of a country that would fund, design and manufacture a world class, supersonic jet and, then, order its destruction? This is the story of Canada in the 1950’s and the Avro Arrow, the supersonic fighter jet. It is still regarded over half a century later as advanced in design and having had the potential to propel Canada to the forefront in military aviation. The first Arrow was introduced to the public on the same day in 1957 as the launch of Sputnik I and immediately demonstrated excellent handling and superior overall performance. The Arrow could reach a speed nearly three times the speed of sound, travelling at an altitude of 60,000 feet.

In 1959, bowing to pressure from the United States to share in funding the installation of the Bowmarc anti-missile system, Prime Minister John Diefenbaker abruptly cancelled the Arrow program throwing more than 30,000 highly trained employees out of work and demanding the total destruction of the existing, working prototypes. Many left to join the aerospace industry in California and became instrumental in the success of the US space industry. “At the time”, Paul Squires, an historian with the Canadian Aeronautical Preservation Association, notes, Canada was, ”in the top three of the largest producers of aeronautical parts in the world. But the cancellation of the Arrow absolutely devastated the Canadian aerospace industry.” “In many ways, it’s become a symbol of the country,” Squires concludes. And as Philip Stamp points out in his Saturday, July 15, Globe and Mail article, ‘The rousing lessons of the Avro Arrow’, it is a tradition that has continued to this day with the sad case of McDonald Dettwiller, a recent example. McDonald Dettwiller, a Richmond based company and the designer of the Canadarm, was dominating the world market in satellite surveillance when Stephen Harper threw a wet blanket on it by withdrawing government support from the aerospace industry. The company has now shifted the focus of its operations to the US.

Returning to Arrow story, according to a recent CBC account, lying deep in the waters of Lake Ontario are the remains of nine, one-eighth scale models of the Arrow dumped in the mid-1950s. Using the technology that was successful in locating a ship from the ill fated Franklin expedition, a collaborative effort by several private companies assisted by the Canadian Coast Guard and the Royal Canadian Military Institute hopes to find these models in the murky depths and give them homes in the Canada Aviation and Space Museum in Ottawa and the National Air Force Museum of Canada in Trenton, Ontario.

Inasmuch as there is something laudatory about this effort, I wonder how much will be spent on retrieving these symbols of our national short-sightedness and if this combined private sector and public money could not be better spent on something that would tell us and future generations that we had learned the lessons of the Arrow?

What are those lessons? Then, as now, Canada has the science and engineering capacity to compete on the world stage, but we often lack the audacity to seize the opportunity. In the Stamp article cited above, the brief is on behalf of quantum computing. From my perspective, the more immediate need is to take steps to assure reduction of carbon emissions in the transportation sector and Canada has some answers. We have the capacity to design, develop and manufacture the ground transportation of the future. Electric buses that currently operate in Winnipeg, even in the cold of Manitoba winters, were built in Canada through a partnership with Mitsubishi Heavy Industries (of Japan), Manitoba Hydro, the Province of Manitoba, New Flyer Industries, Red River College’s Electric Vehicle Technology & Education Centre and Winnipeg Transit. The partnership received additional support from Sustainable Development Technology Canada, the Natural Sciences and Engineering Research Council and Manitoba’s Vehicle Technology Centre.

We can manufacture commercially viable electric vehicles, automated vehicles and the associated battery technology, but we hesitate to support existing capacity with the political will and public and private funding that it takes to scale it up…..well, because others are already in the market, it takes so much capital, and after all Canada is a small market eh?

Now, is an unprecedented opportunity for Canada in electric vehicle and battery technologies. Countries throughout the world are mandating the use of electric vehicles. Climate change data makes it clear that our survival depends on a substantial reduction of carbon emissions in the transportation sector. In more immediate terms, the renegotiation of NAFTA will likely unseat the secure parameters of the auto-pact. Federal leadership has termed the most recent budget an ‘innovation budget’ and put in place an advisory group on the adoption of electric vehicle technology.

The redemption of the Canadian soul, so diminished by the cancellation of the Arrow all those years ago, requires Canada to seize the moment in an area such as electric vehicle technology and become a world leader. Seizing the moment requires that we add an audacity of spirit and a willingness to take risks to our existing design and manufacturing capacities; it requires that governments lend their financial and regulatory support; it requires that we implement supportive and relevant educational programming; and it requires that we take the journey that we turned away from at a critical moment long ago.