The Beast that Will Not Die - Covid19 - GTEC Blog

The Beast that Will Not Die – Covid19 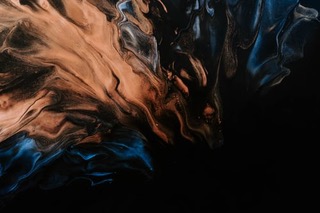 On July 22 the Institute for Health Metrics & Education has once again updated its country-by-country COVID-19 mortality projections (http://www.healthdata.org/covid/updates). Unfortunately two of the current hot spots, India and South Africa, are not yet listed. But for most of the nations with high case counts, the 100-day forecast (up to November 1) is rather ominous .

For the first three weeks of July the USA has averaged 500 deaths per day while new cases have climbed to unprecedented heights. In the next 100 days the IHME anticipates daily US fatalities of 750. Brazil’s future appears even more dire, from 800 deceased per day this month to 1150/day from now until November. Mexico is expected to maintain its July norm of 600/day for the next three-plus months.

Peru has been holding at 200 daily deaths as its cases have begun a second ascent this month. IHME estimates a 340 average for Peru’s next 100 days. (That could be overly high.) The prospects are more favourable for Chile as new infections have declined in July: Chile is pegged to decline from 150 lost lives daily to a mere 55/day going forward. COVID contaminations are also spiking steeply in Colombia and Argentina.

Russia keeps cranking out 6000 new cases per day, averaging 150 daily deaths in July. This mortality rate is projected to increase to 250/day until November. (Maybe a bit inflated?)

Iran is just outside the top ten in total cases, and will soon overtake Spain and the United Kingdom if its second-wave plateau of the past two months remains above 2000 new daily positives. Iran’s body count this month has averaged 180, but this is predicted to more than double to 440/day from now through October. (An overestimate?)

Spain has just recorded an uptick in new cases, above 1000/day for the past week. This may not be as bad as it looks because the count includes positive antibody tests from recovered victims of COVID. Nevertheless, despite its recent miniscule casualties the IHME projection for Spain is 50 deaths per day until November 1.

The UK has never really squashed its coronavirus curve, resulting in a daily death rate of 50 in July. As new cases persist, this average may increase to 60 for the next 100 days.

And finally Canada, whose socializing young people have reaped the whirlwind of a jump in new infections recently. July’s Canadian virus-inflicted body count has held at 15/day, but the IHME estimates a mortality bounce to 45/day in the coming months.

Of course the usual caveat applies, namely that these projections are only educated guesses about the future pathways of the pandemic. But having been calculated atop more months of data, they are likely to prove more accurate. IHME takes into account the levels of testing, mask-wearing and social distancing in each country. The obvious message from all these alarming statistics is that COVID-19 is quite lethal everywhere, very contagious and extremely hard to eliminate.

Worldwide, new cases are growing faster than ever — a million in the past four days. The global totals as of July 23: 15.6 million cases and 635,500 deaths.