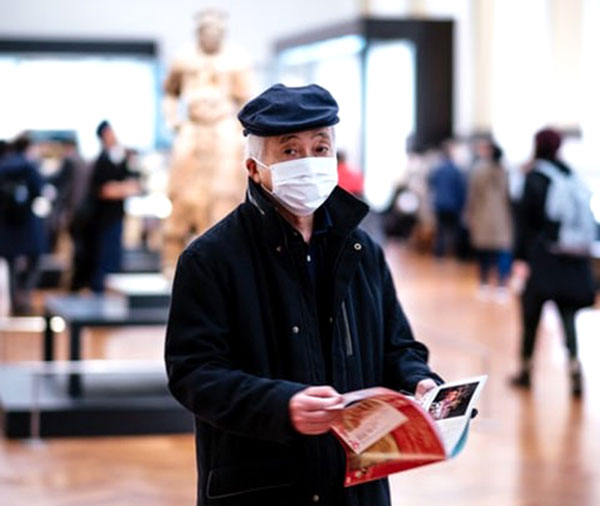 Shakedown: a radical change or restructuring, particularly in a hierarchical organization or group.

It is disturbing. It is troubling. It seems unfair. Our plans for the future are in doubt and our taken-for-granted reality threatens to collapse under our feet. It is as if we have angered the gods. As in the days of old, our hubris invited its nemesis. The nemesis appeared in the form of a tiny virus and the worldwide pandemic it is causing. The effect is an unprecedented shakedown of civilization.

We have offended the balance of nature, as scientists have been trying to tell us for many years. We have created a global system of commerce that is exploitive and, by dint of its complexity, vulnerable in times of crisis. We have allowed concentrations of wealth that have left our basic systems such as health care under-resourced. Governments falter and the winds of change blow across the continents of the world.

There are a number of ways of responding to a shakedown. One is to try to get through it as quickly as possible so business as usual can be restored. We will be hearing a lot of that. Another is to try to pretend it is not happening at all. We are seeing this among young people on the beaches of the United States and Australia. Finally, and this is the most creative alternative, we could see this as the moment to change our hearts and minds and change direction.

By change our minds I mean recover from the trance induced by the idea of unlimited growth and material progress and its corollary that we have no responsibility for the direction of events.

My job is to work hard, earn money and enjoy the fruits of my labour and everything else will take care of itself. I don’t deny that there are problems with society and that climate change is real, but I have 16 likes on Facebook today, a video game to complete, supper to pick up at Whole Foods and I have to be up at 6 am tomorrow to go to work.

We can see clearly in the context of the Covid-19 crisis that we deeply depend on one another and that our connection to the natural world is fundamental. The Covid-19 crisis has also taught us that denial, whether personal or institutional, is a disaster. The governments that have pretended that their countries were invincible or that minimized the urgency of the situation have placed their people in jeopardy.

Similarly, countries who have relied on incremental responses based on a play-it-as-you-go philosophy have risked the health of their populaces. We have also learned that governments can be decisive and that they have enormous resources at their disposal. Governments have the capacity to respond to the climate crisis and we should demand no less from them.

We have seen that as our fossil fuel economies gear down, carbon emissions abate. Reduced economic activity in China, the world’s largest oil user, has already resulted in a 25 per cent drop in greenhouse gas emissions. The canals of Venice run clear for the first time in decades and the people of Wuhan see the sun. The imperatives are clear: to address the climate emergency, slow down economic activity, reduce trade, re-localize economies and severely restrict travel.

Perhaps, as our entertainment options diminish, no restaurants, no conferences and theatres, we may also rediscover the delight of simply being with one another in new and different ways.

We live next door to Rabbi Steve and his family. I was serving the morning tea yesterday morning and my attention was called to the park across the street. “The rabbi is sitting on a log reading the Torah,” I said to Mary. Next, I noticed Steve standing at a podium in the park. It seemed like he was reading prayers to the rising sun, but then friends began congregating, ever so careful to observe the social distancing now required of all of us. Hats and shawls. Shabbat in the park. Good feelings emanated throughout the neighbourhood and up to the blue sky above.

So, as this crisis unfolds, let’s stay together, learn our lessons well and, when Covid-19 has run its course, emerge united in our determination to make the world anew.