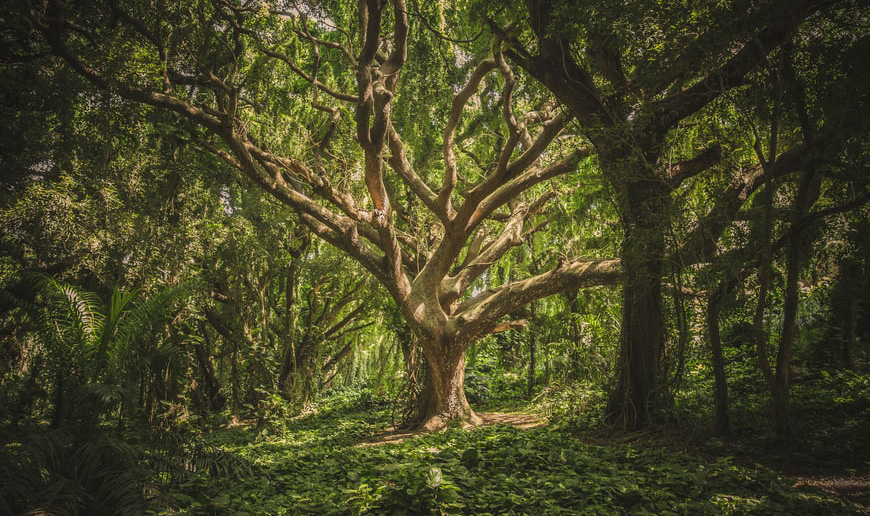 Finding the Mother Tree: Discovering the Wisdom of the Forest by Suzanne Simard, 2021, Alfred A. Knopf. Distributed in Canada by Penguin Random House Canada Ltd.

Suzanne Simard’s awakening to the complexities of plant relationships within the forest, particularly trees, is something I would guess she was born with, or at least, born into. She seemed fated to make the discoveries she so personally discusses in her 2021 memoir, Finding the Mother Tree.

She grew up in British Columbia with an appreciation of the land and the woods, the middle child in a family of loggers that were a dying breed. Her grandfather, and briefly, her father, were of the era where huge trees were felled by one man on either side of a great two-handled saw. Draft horses dragged the timber to the riverbank where once released from the harness, the logs slid into the river that ferried them to the family’s sawmill. It was dangerous work from start to finish, performed one tree at a time. They didn’t over harvest or take the oldest trees that were the mothers of the forest. Those were left intact to nourish the earth and produce more of their kind. The grooves left by the horse-drawn sleds provided furrows for young trees to sprout, often the offspring of the very tree removed. Thus the rejuvenation was ongoing. The process had a natural rhythm, the canopy of the woods remaining in place, the gift of its resources not taken for granted.

So it was with this perspective young Simard began a summer job with a logging company while working on her bachelor’s degree. The soft spoken, shy young woman was stepping into a profession dominated by men who resented the presence of any female, let alone one who might question their ingrained methods. Indeed, her chosen field was not one for the faint of heart. She often camped alone to conduct her research, packing in her supplies and hiking for miles to reach her destination. Undaunted, she knew how to survive outdoors.

But it wasn’t the grizzly bears or the occasional wolf sighting that she needed to worry about. It was back at the office where she compiled her findings. Her foes had hardened attitudes, brandished chainsaws, drove heavy equipment and were armed with methods and maps sanctioned by the forestry service. The plan was always the same: clearcut. Anyone suggesting otherwise was rebuffed and usually ridiculed, labeled a ‘tree hugger’ or ‘hippie,’ among other derisive monikers. Determined, Simard pressed on to obtain her PhD in Forest Sciences at Oregon State University and then become Professor of Forest Ecology at the University of British Columbia. It has been her life’s mission to work tirelessly for the sake of the forests in the hopes of Canada revising its methods of tree harvesting on public lands and to make the public aware of the wisdom and intelligence of trees.

Logging methods are usually based upon the belief that trees compete with one another as well as other plants. This firmly rooted policy means a scraped-off forest floor after clearcutting to make a fallow field ready for planting. What goes in are rows of seedings, a monoculture of usually fir or spruce, the most profitable for lumber. Wild plants that later grow alongside the saplings are sprayed with herbicide. The results are often sickly or stunted trees, growing without the benefits of the micro culture in the soil killed by the poison along with the web of fungus underneath. Simard has conducted experiments and published 200 papers to prove that underground fungus acts as a highway to pass nutrients from fungus to tree, from tree to tree, shrub to tree and tree to shrub. In other words, the fungus provides a means for all of them to communicate. Further translation: trees help one another, particularly trees of the same family. Additionally, they benefit from the other forest plants and vice versa.

As she says in a video released after Finding the Mother Tree went on the shelves: “Trees have complex lives. They know what their neighbors are doing. They communicate with them through this web of fungal filaments that travel in the soil. They also communicate by sending out chemicals through the air. And so they’re in constant communication, helping each other out.”

In detail Simard writes about the decades she spent conducting her research that critics believed was her Don Quixote mission. Never-minding the nay-sayers, her hypothesis was proven correct, at least to herself from the start. To convince the skeptics, even tacitly so, it seemed as if she had to duplicate and replicate to a higher degree than any male peer would have had to do. On the other hand, she is a meticulous scientist and wanted indisputable facts.

Sometimes discouraged by being rebuffed at her talks and lectures, she stiff-upper-lipped her way onward with the encouragement of her mentors. Her family and devoted friends were also staunch supporters. Still, her work came at great personal cost. Unknown to her at the time, she used faulty safety equipment that exposed her to high doses of herbicidal chemicals and another incident making her vulnerable to radiation. In 2013 a breast cancer diagnosis meant a full mastectomy and difficult radiation and chemotherapy treatments.

Now a cancer survivor, she continues teaching and is passionate about humans and their connections to the forests. The familial relationships of trees, she says, are like societies the way humans have societies and care for their own families. “They’re so much like us,” she emphasizes. “Saving the forests is not just for the sake of the trees. It’s about saving ourselves.” Now, more than ever, those words are ringing true. Soaring summer temperatures and devastating fires, such as the July 2021 fire that wiped out the town of Lytton, are proof that it’s essential to lower man’s carbon dioxide output.

“These trees, they cycle our water, clean our air, store carbon, they house bio-diversity.” Saving what’s left of old growth forests is crucial in the climate change battle. The oldest trees store the most carbon and therefore are the greatest air purifiers of the forest. Furthermore, removing old growth trees not only destroys an important tool to store carbon dioxide, when the soil is turned over in clearcutting the carbon stored underneath is released back into the atmosphere.

Simard maintains that the value of the forests cannot be measured in monetary terms, because the human terms are greater. The forest is Suzanne Simard’s place of personal refuge and healing. She understands how man’s connection to nature runs deep. “And that’s the point I want to make with my book. We are so similar to the forest, that they’re caring societies. They look out for each other.”

Saving the forests will give mankind more than we could ever get by exploiting what’s left of the trees. It could be what saves us in terms of our humanity and our planet. “This not so much about us saving trees. It’s more about how the trees will save us.”