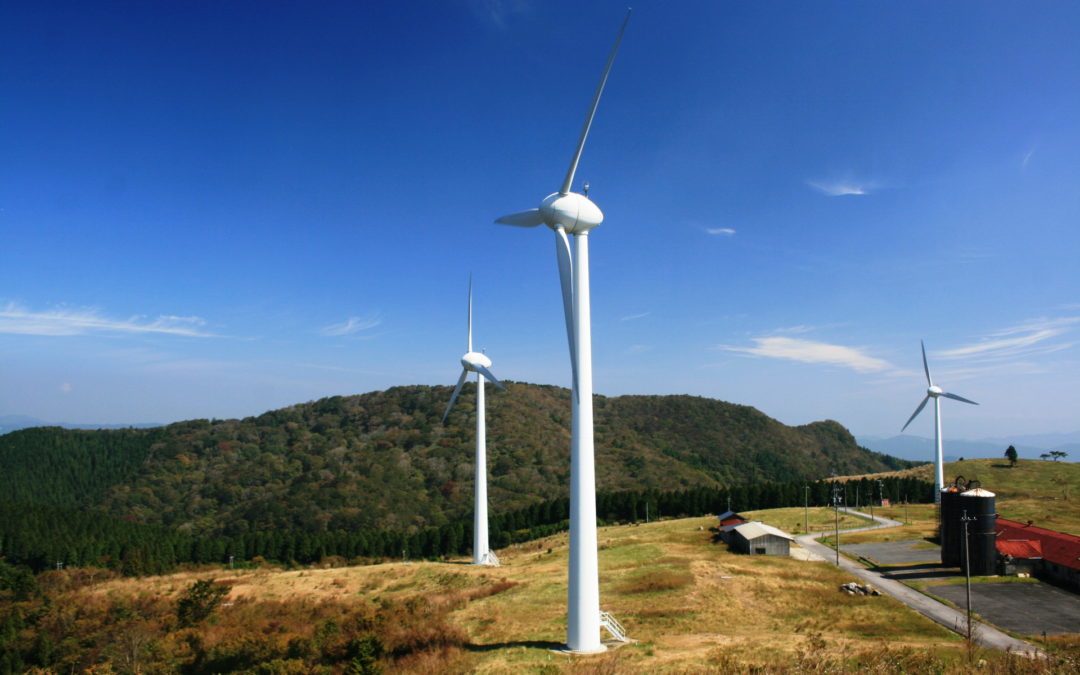 The latest roadmap to a 100% renewable energy future from Stanford’s Mark Z. Jacobson and 26 colleagues is the most specific global vision yet, outlining infrastructure changes that 139 countries can make to be entirely powered by wind, water, and sunlight by 2050 after electrification of all energy sectors. Such a transition could mean less worldwide energy consumption due to the efficiency of clean, renewable electricity; a net increase of over 24 million long-term jobs; an annual decrease in 4-7 million air pollution deaths per year; stabilization of energy prices; and annual savings of over $20 trillion in health and climate costs. The work appears August 23 in the journal Joule, Cell Press’s new publication focused on sustainable energy.

This infographic represents the roadmaps developed by Jacobson et al for 139 countries to use 100 percent wind-water-solar in all energy sectors by 2050. Credit: The Solutions Project

The challenge of moving the world toward a low-carbon future in time to avoid exacerbating global warming and to create energy self-sufficient countries is one of the greatest of our time. The roadmaps developed by Jacobson’s group provide one possible endpoint. For each of the 139 nations, they assess the raw renewable energy resources available to each country, the number of wind, water, and solar energy generators needed to be 80% renewable by 2030 and 100% by 2050, how much land and rooftop area these power sources would require (only around 1% of total available, with most of this open space between wind turbines that can be used for multiple purposes), and how this approach would reduce energy demand and cost compared with a business-as-usual scenario.

“Both individuals and governments can lead this change. Policymakers don’t usually want to commit to doing something unless there is some reasonable science that can show it is possible, and that is what we are trying to do,” says Jacobson, director of Stanford University’s Atmosphere and Energy Program and co-founder of the Solutions Project, a U.S. non-profit educating the public and policymakers about a transition to 100% clean, renewable energy. “There are other scenarios. We are not saying that there is only one way we can do this, but having a scenario gives people direction.”

The analyses specifically examined each country’s electricity, transportation, heating/cooling, industrial, and agriculture/forestry/fishing sectors. Of the 139 countries — selected because they were countries for which data were publically available from the International Energy Agency and collectively emit over 99% of all carbon dioxide worldwide — the places the study showed that had a greater share of land per population (e.g., the United States, China, the European Union) are projected to have the easiest time making the transition to 100% wind, water, and solar. Another learning was that the most difficult places to transition may be highly populated, very small countries surrounded by lots of ocean, such as Singapore, which may require an investment in offshore solar to convert fully.

As a result of a transition, the roadmaps predict a number of collateral benefits. For example, by eliminating oil, gas, and uranium use, the energy associated with mining, transporting and refining these fuels is also eliminated, reducing international power demand by around 13%. Because electricity is more efficient than burning fossil fuels, demand should go down another 23%. The changes in infrastructure would also mean that countries wouldn’t need to depend on one another for fossil fuels, reducing the frequency of international conflict over energy. Finally, communities currently living in energy deserts would have access to abundant clean, renewable power.

“Aside from eliminating emissions and avoiding 1.5 degrees Celsius global warming and beginning the process of letting carbon dioxide drain from the Earth’s atmosphere, transitioning eliminates 4-7 million air pollution deaths each year and creates over 24 million long-term, full-time jobs by these plans,” Jacobson says. “What is different between this study and other studies that have proposed solutions is that we are trying to examine not only the climate benefits of reducing carbon but also the air pollution benefits, job benefits, and cost benefits”

The Joule paper is an expansion of 2015 roadmaps to transition each of the 50 United States to 100% clean, renewable energy and an analysis of whether the electric grid can stay stable upon such a transition. Not only does this new study cover nearly the entire world, there are also improved calculations on the availability of rooftop solar energy, renewable energy resources, and jobs created versus lost.

The 100% clean, renewable energy goal has been criticized by some for focusing only on wind, water, and solar energy and excluding nuclear power, “clean coal,” and biofuels. However, the researchers intentionally exclude nuclear power because of its 10-19 years between planning and operation, its high cost, and the acknowledged meltdown, weapons proliferation, and waste risks. “Clean coal” and biofuels are neglected because they both cause heavy air pollution, which Jacobson and coworkers are trying to eliminate, and emit over 50 times more carbon per unit of energy than wind, water, or solar power.

The 100% wind, water, solar studies have also been questioned for depending on some technologies such as underground heat storage in rocks, which exists only in a few places, and the proposed use of electric and hydrogen fuel cell aircraft, which exist only in small planes at this time. Jacobson counters that underground heat storage is not required but certainly a viable option since it is similar to district heating, which provides 60% of Denmark’s heat. He also says that space shuttles and rockets have been propelled with hydrogen, and aircraft companies are now investing in electric airplanes. Wind, water, and solar can also face daily and seasonal fluctuation, making it possible that they could miss large demands for energy, but the new study refers to a new paper that suggests these stability concerns can be addressed in several ways.

These analyses have also been criticized for the massive investment it would take to move a country to the desired goal. Jacobson says that the overall cost to society (the energy, health, and climate cost) of the proposed system is one-fourth of that of the current fossil fuel system. In terms of upfront costs, most of these would be needed in any case to replace existing energy, and the rest is an investment that far more than pays itself off over time by nearly eliminating health and climate costs.
“It appears we can achieve the enormous social benefits of a zero-emission energy system at essentially no extra cost,” says co-author Mark Delucchi, a research scientist at the Institute of Transportation Studies, University of California, Berkeley. “Our findings suggest that the benefits are so great that we should accelerate the transition to wind, water, and solar, as fast as possible, by retiring fossil-fuel systems early wherever we can.”

“This paper helps push forward a conversation within and between the scientific, policy, and business communities about how to envision and plan for a decarbonized economy,” writes Mark Dyson of Rocky Mountain Institute, in an accompanying preview of the paper. “The scientific community’s growing body of work on global low-carbon energy transition pathways provides robust evidence that such a transition can be accomplished, and a growing understanding of the specific levers that need to be pulled to do so. Jacobson et al.’s present study provides sharper focus on one scenario, and refines a set of priorities for near-term action to enable it.”