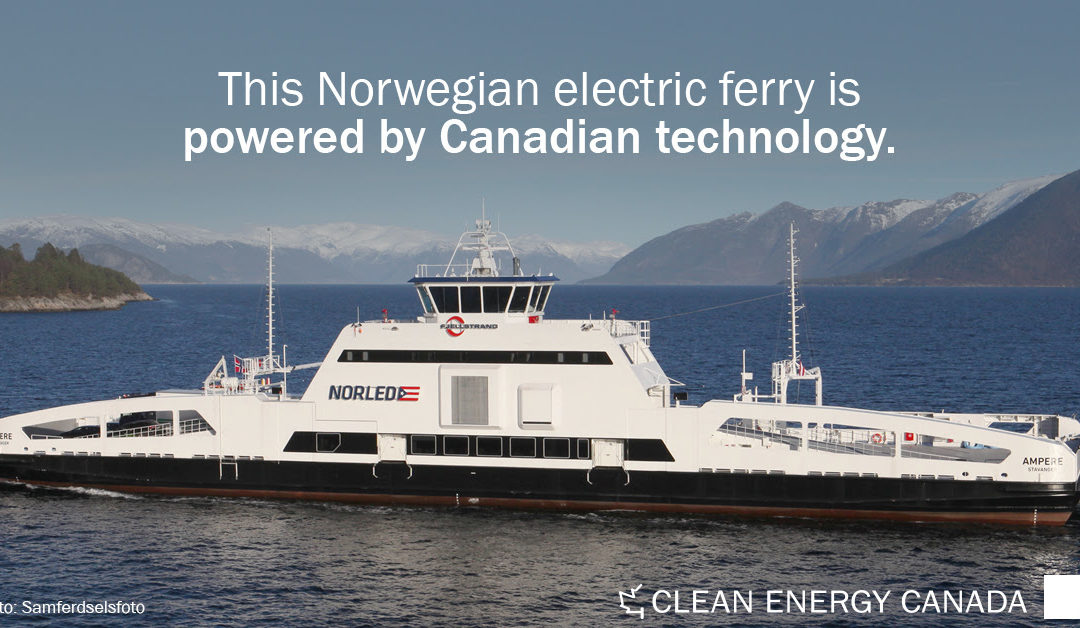 Canada can stimulate or lead markets in the direction of low-carbon goods and services through green procurement policies.

The headlines today are full of stories on the North American Free Trade Agreement, and rightly so. But while NAFTA rules the front pages, other economic policies in Canada are taking shape in the background.

Policies related to procurement — what the government buys, essentially—may not make the front page, but their impact is big. That’s why Clean Energy Canada brought together various stakeholders and experts in September 2017 to examine the benefits of and best ideas for such policies. It reported its findings on January 18.

Consider the scale of government procurement: it represents 13 percent of the combined GDP of OECD nations. Governments wield a tremendous amount of economic heft through the volume of goods and services they purchase. Procurement by all levels of government accounts for close to 33 percent of government expenditures across this country, or slightly more than 13 percent of Canada’s entire GDP.

By factoring carbon pollution into its procurement process, Canada can stimulate or lead markets in the direction of low-carbon goods and services. This is a tried-and-tested approach. At least 56 other national governments and many local ones use procurement to meet environmental and economic goals.

Take the example of Norway. When its Ministry of Transport needed to procure a new vehicle ferry to link two villages, it started with an end goal: the ferry would be at least 15 percent more energy-efficient than existing diesel-fuelled ferries operating in the country. Four groups submitted proposals to build such a ferry, but the winning bid surpassed expectations by proposing an electric ferry called MF Ampere, which promised to reduce the energy use per passenger by 37 percent and eliminate smog-causing nitrogen oxides. Now in operation, MF Ampere has set a new standard for ferry travel in Norway — and it has helped launch a market for low-carbon ferries. A Canadian company, Corvus Energy, supplied the ferry with a lightweight energy storage system and shore charging stations.

Corvus’ role in MF Ampere was a big success for the company, and it has secured a contract to provide its technology to another ferry project in Norway. One of the world’s largest aluminum companies, the Norwegian aluminum supplier Hydro, is a significant investor in this project.

With the right policy design — a design that factors in carbon pollution but also makes sure small local companies aren’t at a systematic disadvantage — government procurement can support Canada’s growing clean-technology sector, including companies like Corvus Energy.

Just how large is the sector? According to one Ottawa-based consultancy, in 2014 it included over 800 companies, employing 55,000 people and bringing in more than $13 billion across Canada.

Canada is a growing player in the global clean-tech arena. A 2017 study from one of the sector’s premier research organizations, Cleantech Group, ranked Canada the top clean-tech innovator among G20 countries, up from seventh in 2014. That’s great news, especially given that the global market for low-carbon goods and services is now worth more than $5.8 trillion — and is projected to keep growing by 3 percent a year.

If the government employs a strategy of giving smaller local players a chance, it will give clean-tech companies the opportunity to prove themselves and serve as the first critical rung on a ladder that could lead to bigger, international market opportunities.

Taking the long view in procurement can save money

Well-designed procurement policies can help governments make better decisions, like choosing goods and services that cost less money over the long term instead of looking only at the sticker price.

Consider the case of infrastructure. More freeze-thaw cycles, flooding and intense storms can wreak havoc and cause costly damage to buildings, roads and bridges. Even if these events do not cause the infrastructure to fail, the effect of climate change can have an indirect impact. For example, it could cause shifts in our peak energy use, cause water shortages and provoke sewer failures. Indeed, climate change could cost Canada $21 billion to $43 billion a year by 2050, according to estimates from the National Round Table on the Environment and the Economy.

Choosing resilient, low-carbon materials will save Canadians time and money down the road. When you opt for lower cost up front, it’s like buying a cheap laptop and then having to spend more money upgrading it to run the software you need. Add in the time and labour required to get it upgraded, and you may find that buying a better laptop would have saved you money.

Make no mistake: government procurement has significant ramifications, both financial and environmental. The federal Greening Government Strategy will help ensure that the public sector makes smart, long-lasting purchases that are also strategic for Canada in an increasingly low-carbon-minded world.