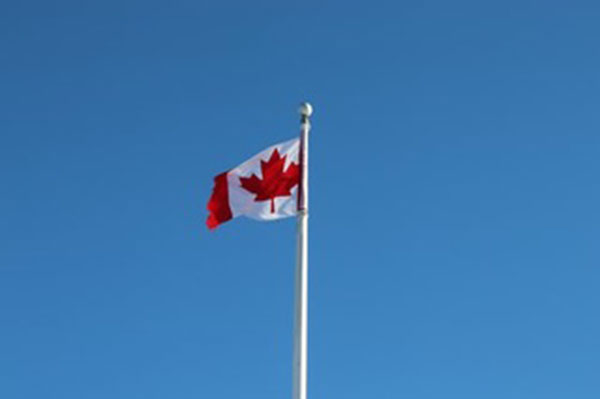 Happy Canada Day! The “true north strong and free” has not quite slain the COVID scourge yet. Outbreaks among migrant workers in the Windsor, Ontario area and residents of a Calgary condo building have bumped up Canada’s daily case count in the past week. But nationwide, hospitalizations and deaths have continued to decline.

The Institute of Health Metrics & Education (IHME) has again updated its mortality projections (http://www.healthdata.org/covid/updates) for the USA and many other countries. One of their premises is that universal mask-wearing can reduce fatalities by 50% or more, whereas relaxing restrictions prematurely is likely to have the opposite effect.

On June 1st the coronavirus had claimed 105,000 lives in the United States. By mid-month the IHME forecast for August 1st was 140,000 US deaths. However on July 1st the actual number is 130,000. Given a spike in new American cases — 40,000+ per day for the past week — an average of 300 daily deaths for the next month seems like an underestimate. Farther out, the IHME projection for October 1st is 175,000 US deceased. That translates to a more plausible daily average of 500 over the next three months.

Russia had recorded only 5200 deaths by June 1st. A month later, more than 4000 have been added to that tally, about 133 per day. New cases are still accruing at 7000 daily. The IHME mortality forecast for Russia by October 1st is 19,000, just over 100 per day over the next quarter. If current case additions persist, this would be a remarkable survival rate (about 98.5% of cases, against the worldwide average of 95%). It is tempting to speculate either that Russia has benefited from a weaker strain of the virus (like most of Eastern Europe and the Middle East), or that they have been fudging their fatality statistics.

Latin America remains a hot spot for COVID-19. Brazil had 35,000 deaths on June 1st and has added nearly 1000 per day in the past month. New infections have been nudging the 40,000-a-day mark. IHME projects a Brazilian body count of 166,000 by October 1st, around 1150 daily for the next three months. That seems like a reasonable, but devastating estimate.

Peru and Chile are also among the top ten countries in their case totals. They are both showing a high proportion of recoveries, which may cushion their ultimate casualty rates. Both countries have also been measured at 90% usage of face masks. Peru had lost 4500 by June 1st and 5000 more this past month (167 daily). Their IHME prediction for October 1st is 36,200, i.e. a daily average of 300 for the next 90 days. This seems unduly high, as Peru passed its peak of new cases a month ago.

Chile is also on the downside of new and active COVID infections, having climbed from only 1000 deaths a month ago to 5700 today (157 per day). The IHME projection for Chile as of October 1st is 25,300, a daily fatality average of 220 for the next three months. I think this is an overestimate too.

A couple of other IHME 90-day estimates are quite shocking. Iran, which I have highlighted in the past as a classic second-wave country, continues to add 2500 new daily cases. Per capita deaths are relatively low to date (129/M) but testing also remains quite low at 2% of the population. The IHME predicts a jump from 11,000 deaths as of today to 52,000 by October 1st — close to 500 per day from its current 150 range. It’s possible!

Another potential disaster zone is Mexico, projected to leap from today’s 27,000 to 88,000 fatalities in the next quarter. That’s an average of nearly 700 lost souls per day, consistent with Mexico’s current death rate. The country partially reopened two weeks ago. As its new cases are peaking now and testing is abysmally low (0.4%), I fear that this high level of carnage may come to pass.

The global aggregates in cases and deaths at the end of June were 10.6 million and 513,000 respectively.