Cases Increase while States Begin to Open in the US – Covid19 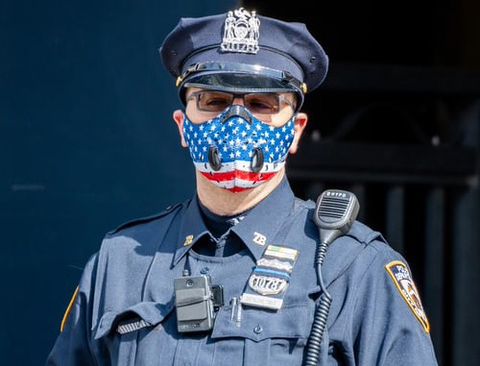 The USA has topped 63,000 fatalities from COVID-19, and on Monday exceeded the one million mark in positive cases.  Three weeks ago 60,000 was the projected US death toll.  Now the body count looks likely to double that number by the summer.  New cases are still piling up at 20,000+ daily and on average 2000 are still dying every day.  Less than 2% of the population has been tested for the coronavirus, and many non-hospital deaths remain uncounted as virus victims.

The COVID-19 mortality rate in the Northeastern states is staggering: 1200 per million in NY, 800/M in NJ, over 600/M in Conn. and 500/M in Mass.  Hundreds to the morgue every day in those states, and others (Illinois, Michigan).

Making matters worse, many Americans with “quarantine fatigue” are ignoring lockdown regulations in spite of warnings to the contrary from health authorities.  Some state governors have partially reopened their economies.  The country is suffering from a lack of social cohesion, a consequence of misguided individualism nationwide and mixed (or erroneous) messaging from its leaders.  A big bounce in coronavirus infections is sure to follow.

Various scenarios are unfolding in other countries.  Russia has tripled its case count in the past ten days despite a lockdown, averaging 6000 new positives per day.  However the case mortality rate is just 1% to date.  (Is vodka an effective antiviral?)  Nearby Belarus is surging too, at close to 1000 new daily cases for the past week, in the wake of its “business as usual” policy.

The big four grievers in Western Europe — France, Italy, Spain and the UK — have each levelled off at a few thousand new infections and around 300 deaths daily.  Britain just added 4400 fatalities retroactively, moving into third position on that morbid measure.  These four countries are cautiously reopening their economies.  The Netherlands, Ireland and Switzerland were also hit fairly hard by COVID-19 (200+ fatalities/M), but are now recovering.

Belgium remains the world leader in death rate per population (655/M) and case fatality rate (16%), which may be inflated as Belgium has recorded numerous nursing-home deaths as COVID-19 casualties without testing them.

Active cases are still bouncing up and down in permissive Sweden, where schools, restaurants and bars have remained open throughout.  Sweden is playing the “long game”, accepting a relatively high rate of early deaths (256/M) in hopes of preventing a second wave.

Turkey and Iran have shown declining curves for a while now, but Saudi Arabia, Qatar and the UAE are still climbing.  In Latin America, Brazil, Mexico and Peru have been registering a troubling rise in cases and deaths for the past week or so.

Canada remains at less than half the US cases and deaths compared to population, but the national curve has not dropped yet, due to the persistence of new victims in Quebec, Ontario and Alberta.  Nevertheless, most provinces have scheduled a gradual relaxation of restrictions next month.