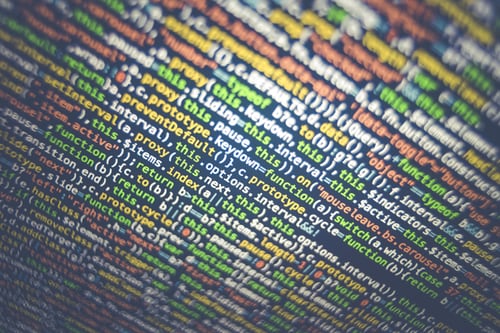 “Not long ago, the Northwest Passage, the storied northern route from the Atlantic to the Pacific required an icebreaker to navigate it. During the summer of 2016, seventeen hundred people cruised through this passage aboard the Crystal Serenity, a diesel-powered luxury ship complete with multiple swimming pools, movie theatres, and a crew of six hundred.”

Pg. 55 The Water Will Come: Rising Seas, Sinking Cities and the Remaking of the Civilized World

Young people are restive and elders fretful. Governments and corporations are making plans and taking initial steps. At the same time, many people are uneasy because they sense that the rate of change does not match the gravity of the problem. In response to this ‘existential crisis’, in some quarters of the society business as usual is the guiding assumption, and in others, a kind of social paralysis obtains.

In discussing the restraints on change in response to the climate crisis, a colleague used the analogy of ‘bandwidth’. Originating in the field of electronics, ‘bandwidth’ describes the maximum data transfer rate of a network or Internet connection. It measures how much data can be sent over a specific connection in a given amount of time. Colloquially, it means the energy or mental capacity required to deal with a situation.

Changing from the current fossil fuel dependent socio-economic paradigm requires more time and energy than it takes to maintain the status quo. Let me offer a very simple, yet concrete example of the workings of these restraints. Shopping in a grocery store that does not use packaging requires that the shopper assemble glass jars and bags at home, troop down to the store, pause upon entering to weigh containers, pour carefully so that he or she doesn’t spill honey or liquid soup on the floor, and cash out. No new packaging. No plastics for the landfill. More awareness, attention, time and energy than the habitual approach – blowing into a store, grabbing a few things, cashing out and leaving. And on and on: it takes time to sort out used batteries, electronics, clothes and un-blue box plastics and take them to a depot rather than toss them in a garbage bin.

Think of these activities collectively and you face a demographically limited ‘bandwidth’ of time and energy with the two poles of the young and old able to drive change because they have the available time and energy while the group in the middle are too caught up in the demands of day-to-day living. But so much more is required. As confirmed by the latest Intergovernmental Panel on Climate Change (IPCC) report, and other reports including a recent declaration signed by 11,000 scientists, the hour is late and the situation dire. By now it is clear that, though important, government legislation and regulation are insufficient. Nor is it sufficient to rely on the protests of children and youth, though their outcry should and must be heard.

Communities around the world must be informed, supported and activated. That is the goal of GTEC’s Neighbourhood Environmental Education program. The premise of the Neighbourhood Environmental Education program is that society is organized in loosely connected networks of relationships and that relationship is the most powerful medium of change. We change in relation to one another. Collectively, ‘hot networks’ are the drivers of change. Hot networks are constellations of people who recognize one another by name. A person is a member of your hot network if he or she will return a phone call or respond to an email from you. Hot networks are defined by affinity and history and are similar, in some ways, to what used to be called clans.

At the periphery of hot networks are less intensely connected sets of relationships determined by factors such as neighbourhood and community. There is some recognition of commonality and connection, but identity is much more vaguely defined compared to hot networks. News travels from hot networks to surrounding networks in the form of themes, and when these become associated with a sense of urgency, consensus develops and a predisposition to collective action shows up. Community development and public education initiatives such as the Neighbourhood Environmental Education program facilitate and enhance this network process and expand the bandwidth of available resources and time in a way that is similar to how affected groups respond in times of crisis and disaster.

With the support of the Vancouver Foundation and a partnership with Kitsilano Neighbourhood House, GTEC’s Neighbourhood Environmental Education program takes the form of a series of workshops by environmental groups and environmentalists and a town hall. The objective of the town hall is to offer members of the community an opportunity to express their thoughts and feelings about the climate crisis and to move to action at a community level.

At whatever stage of life this finds you, you probably hoped to have less extra to do, not more. But this is a time like no other time.