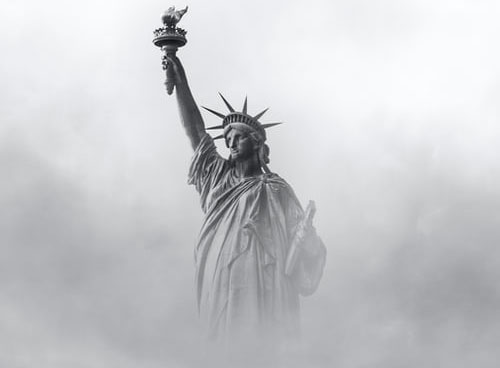 Like a cluster of wildfires, COVID-19 is raging across the sunbowl states of Florida, Texas and Arizona. Many other states have also experienced rising rates of infection as 11% of the nation has now been tested. Statistics indicate that more undisciplined young people are being victimized by the virus, lowering the case fatality rate recently. But with over 1.5 million active cases in the USA, straining hospital capacity in many cities, the body count is bound to swell.

Florida is Exhibit A, spiking sharply in the past two weeks to average 10,000 new cases every day. The reluctance of Governor DeSantis even now to mandate a statewide lockdown is putting Florida’s large elderly population at greater risk.

The coronavirus curve in Texas has been climbing in similar fashion, with 7500 more residents contaminated daily. Houston is the hottest spot, maxing out its thousands of ICU beds in recent days.

Arizona’s new cases have grown more gradually, but the current rate of 4000 per day is putting pressure on the medical system. Mortality is low so far (just over 2% of infected persons). However, the state’s large cohort of seniors presents an inviting target for the pandemic.

All three of the above states are projected to triple their virus-related fatalities by the end of September.

California is an oddity, keeping COVID-19 at bay in the early days but then rising gradually in case numbers through May after partially reopening, and accelerating since mid-June above 5000 per day. Deaths from the disease have shown a jagged pattern, averaging 70-80 per day for the past three months. Containment measures have been reintroduced.

Louisiana is riding a second wave, after crushing its first steep curve in the wake of Mardi Gras. Georgia’s new cases are surging into the 3000 daily range. Tennessee is approaching 2000 per day. North and South Carolina, 1500 a day. The list of states on the rise goes on and on.