A REVIEW OF Robert William'S Book By Ross Thrasher 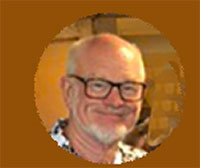 BOOK REVIEW by Ross Thrasher of

Are we fiddling, like the Emperor Nero, while the world burns? This slender volume (148 pages, plus a useful bibliography) offers an excellent summary of the scientific evidence warning us of the unfolding worldwide climate emergency.

The author is a Canadian hydrologist who has published several books on water issues. He is currently the Epcor Chair of Water and Climate Security at the United Nations University Institute for Water, Environment and Health, based at McMaster University in Hamilton, Ontario.

Sandford discusses the term Anthropocene, which has recently come into currency. “The concept of the Anthropocene … posits that we have entered a new geological epoch defined by human influence on Earth System function.” The Holocene postglacial epoch began several thousand years ago and continues into the present, according to most geologists. However, “human activities are now so pervasive and profound in their consequences that they affect Earth System function at a global scale”. A multidisciplinary research effort by climatologists, oceanographers, hydrologists, ecologists, etc. indicates that the Anthropocene epoch is already upon us. “Our natural and human histories, which largely have been taken to be independent from and largely incommensurate with one another, must now be taken to be one and the same.”

The impact of mankind on the planet has gradually grown since the Industrial Revolution, but since 1950 there has been a “Great Acceleration”. We are rapidly consuming fossil fuels “that took hundreds of millions of years for the Earth to create”. The consequences are well known to readers with some environmental awareness: increasing levels of carbon dioxide in the atmosphere, leading to a dangerous warming trend, AKA climate change.

Half of the planet’s land surface and half of its fresh water have been directed to human use. Urbanization, agriculture and resource extraction (mining, lumbering, fishing) have greatly reduced worldwide forests, the primary absorber of carbon dioxide. These activities have also contributed to air and water pollution and to drastic declines in biodiversity — signalling that the Earth System is in crisis.

Scientists have recently introduced the concept of planetary boundaries, i.e. “the critical conditions that would need to be sustained if the planet were to remain in a stable, Holocene-like state. [They have] identified nine planetary thresholds which, if disrupted, could lead to continental-scale and even planetary-scale changes in Earth System function.” Ten years ago, at least three of these boundaries were already in the danger zone: climate change, nitrogen pollution and biodiversity loss. Other thresholds may soon be crossed: ocean acidification, global freshwater usage, atmospheric ozone depletion. The most frightening aspect of this is the interdependence of these factors. “If one boundary is crossed, it is certain to put others in risk.”

So what are we doing about all this? The Paris climate agreement of 2016 sought to limit further “warming of the global atmosphere to 2 degrees C. The recently calculated odds of achieving that objective based on current emission trends are about … 5%.” And of course the Paris agreement is “non-binding, unenforceable and already widely unheeded”. This portends a very dark future: “even the 2-degree target set by the Paris Accord is seen to be a death sentence for billions of people in Africa, Asia and Latin America. In a 2-degree C. world, heat waves are expected to seriously affect about 20% of the people living on Earth….[But many scientists] simply do not believe that a 2-degree ceiling is any longer within humanity’s grasp.”

Ultimately this poses a political problem. “We have yet to pay enough attention to identifying how climate disruption can trigger social, economic and political shocks that can lead to conflict and even war.” The author doesn’t address this conundrum directly, other than to state that we Boomers have blown it and our best hope is that younger generations will urgently address the crisis through the ballot box, the media and direct action.

It’s a tall order, starting at the personal and local levels. “People will need help and access to information to show them how to make shifts in their work and their lifestyles in transitioning to a new world. Online and in-person courses as well as support networks on self-sufficiency will need to be scaled up. Local governments will need similar help to develop capacities that will enable their communities to co-operate rather than fracture under the pressure of collapse. On a wider scale, issues associated with massive involuntary human migration will have to be addressed. A bigger overarching challenge will be to manage the emotional and psychological implications of the likelihood of societal collapse in our lifetimes.”

As the author shows, the scientific community has identified the Anthropocene global crisis very clearly. “We know that if we don’t reduce energy-related emissions, we risk the collapse of civilization.” A superhuman effort to conserve and restore our planetary systems is urgently needed. We must reject the hubris of imagining that technology can save us. It was human interference in nature that got us into this mess; we need to help the planet repair itself and restore the equilibrium of Earth Systems instead of seeking to geoengineer a solution, or buy into the billionaires’ dream of colonizing another planet. This is the only world we’ve got.

Ross has enjoyed a 30-year career as a librarian at post-secondary institutions in Canada, the U.S. and the South Pacific. Most recently he served for eight years as Library Director at Mount Royal College in Calgary, leading the library’s transition to university status. In retirement Ross maintains an active interest in literature, travel and the performing arts.