How Did We Get To This Place? - GTEC Green Technology Education Centre
GTEC Canada > GTEC Reader Issue 3, Jan 2020

How Did We Get To This Place? 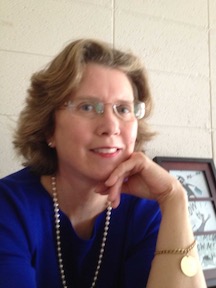 GTEC Reader Editor’s Introduction: GTEC Reader is happy to publish this lament by American novelist, Caroline Beamer. She expresses both the grief and hope that many Americans are experiencing during these turbulent times in the US.

How Did We Get To This Place?

With the backdrop of impeachment proceedings against the most corrupt and morally bankrupt president in history and the probability that he won’t be removed from office, I lament at how far my country has betrayed its core values, not only those of democracy but of common decency and humanity.

Throughout this process, the collective consciousness of so many of us is grieving. We’re aching in our souls as we watch what is happening. It’s as though a fast train is about to run us over, but we’re powerless to move. The political disarray and destruction of our democracy is bad enough, but for those of us who worry about the health of our earth, the pain is particularly acute. I look back over the decades of my life and wonder: how did we get here?

I can’t say it’s completely the fault of the Republican party. Richard Nixon, before he resigned in disgrace, passed some sound environmental legislation, designated public lands for protection, enacted the Clean Air Act of 1970, as well as endorsing the Endangered Species Act. Now, Donald Trump is in the process of rolling back the Endangered Species Act, among other critical legislation. Trump has begun leasing areas of the Arctic National Refuge to oil and mineral corporations for the giveaway price of $11 an acre. He’s gutted the EPA, dismantled the Department of Interior and moved its remaining employees to Utah. He denies global warming, thumbed his nose at the international climate pact, opened pristine habitats off our shores to oil drilling, and on and on. How did we allow all of this to get so far out of alignment? As someone born in the 1950’s I can give you my perspective.

When Jimmy Carter was elected President in 1976, he entered the White House with ideas to get the United States off foreign oil dependence. He pushed for tax credits to endorse solar energy and other fuel alternatives. He lowered the federal highway speed to 55 MPH to save on gas (and it saved lives, too.) He pushed auto makers to produce smaller cars with better gas mileage.

These implemented ideas angered powerful people, people determined to keep the status quo. Meanwhile, agencies such as the EPA were strengthened and the Clean Air Act amended in 1977, all changes infuriating big business: chemical corporations, steel manufacturers, industries dependent on coal, and the mineral and coal mining corporations themselves, in addition to others.

With his foes looking for ways to reverse these trends, fate intervened and an opportunity arose to discredit Carter. In 1979, the year before his campaign for re-election, fifty-two Americans were taken hostage in Iran. When diplomacy for their release reached a stalemate, a daring attempt to rescue them by the American military—and approved by Carter—failed to free the hostages and resulted in eight servicemen and one Iranian citizen losing their lives. The following year, in what would be a tight presidential race, Ronald Reagan was nominated to be Carter’s opponent. Reagan was the darling of big business, and he and his political machine delighted in mocking Carter’s Christian faith and almost naïve truthfulness. As election day neared, Reagan made a secret pact with Iran, gaining Iranian assurance that the hostages would not be released until after the election, thus dooming Carter to failure. The payoff was American weaponry. This was all done under the table. When the deal was struck, hostage negotiations with Carter stopped. Frustrated Americans, kept informed by an obsessed media for over a year, readily elected Reagan. As he made his acceptance speech, the hostages were released. The weapons were delivered covertly. The media turned a blind eye.

Reagan’s platform had been that ‘too much government’ was a terrible thing. He railed against the federal government taking money from taxpayers as he passed laws hampering the process of making it back. His folksy speeches had him telling voters that government regulations prevented them from pursuing the American dream, when in reality those laws protected them. Once in office, he began to dismantle everything from air traffic control to environmental policy. Overnight it seemed as if his administration, along with the media, made a huge paradigm shift that everyone quickly endorsed. The peace and love of the seventies was supplanted by the glory of consumption.

A big house, a fancy car, all the ‘stuff’ became de rigueur. If you weren’t focused on money, making it and spending it, then what was wrong with you? This philosophy became so ingrained, even the most popular television shows, Dallas and Dynasty, were about the families of oil tycoons. The country developed a feverish mindset: make money no matter what or who it hurts. Anyone embodying restraint, reduction, sustainability, preserve and protect, was not only laughed at, that person was suspect. If bigger wasn’t better in your purchasing options, then you had to be someone ‘on the fringes.’

As the budget deficit soared to record levels with tax cuts to the wealthy and corporations, Reagan’s cabinet heads eroded environmental protections and opened public lands to logging interests, oil, gas and mineral exploration. Roads were cut into pristine wildlife areas and pollution took its toll. The Department of Interior, headed by the acerbic James Watt, even had countless wild horses and burros destroyed so more public lands could be prioritized for cattle. Cattle ranching meant money. And money was what is was all about.

With the precedent set that business was king, the gilded lily arrived in 2010 with the Roberts court decision favoring a conservative group called Citizens United. This Supreme Court verdict found that corporations, just like individuals, had a right to free speech, which was interpreted to mean that businesses could donate large amounts of money to the campaigns of political candidates. The floodgates were opened for corporate ownership of our elections. No longer did the voters sway the office holder. It became the corporate donor, or more accurately, owner, who determined how your Congressman voted. It’s still that way with no end in sight. New campaign finance laws would have to be passed by—who else? Congress. And we all know who would be opposed to that. Just like the disappearing animals, the laws protecting them and our democracy are being decimated.

There is much to correct, much to put right. It seems insurmountable. And every day we feel like we ourselves, like the earth, are dying by a thousand cuts as each tree is felled, another species dies, another polar bear drowns. How can we change what is happening with so many people oblivious, uncaring, and unmotivated? The only way, as always, is through inspirational leaders and innovators such as young Greta Thunberg and of course, government mandates. In a two-pronged push, we must support grass roots movements for candidates demanding change, and rally around the visionaries who will lead us to the promised land of low carbon emissions. Our voices must be loud. We must be heard. We will not be quiet any more. It won’t happen overnight. Our foes are large and many. But we must keep fighting, if only by our numbers. And we must grow them.

On personal levels, we should do what we can to help our little blue orb. Acting in small ways is critical to not feeling powerless. We can make our backyards wildlife friendly. We can recycle. We can drive our electric cars or take a bus. We can donate to environmental causes to preserve forests and wild lands. We must talk about it, tell others how important this is, drag them out of their complacency. These efforts will add up. They have to. We must press on.

We must hope and believe, we must not give up until we’re hugging the last tree. We must search for true statesmen, real patriots, slayers of today’s dragons of corporate greed and voter indifference. We must stand strong. The time for enlightenment could be just over the horizon.

C.S. Beamer is a former journalist and author of three novels, two published under the pen name, Caroline Kean. A recently completed fourth novel, DOOMED DURANGO, co-authored with her daughter, Christine, will be open to representation in 2020.