A Review of Charles Eisenstein's book by Scott Lawrance 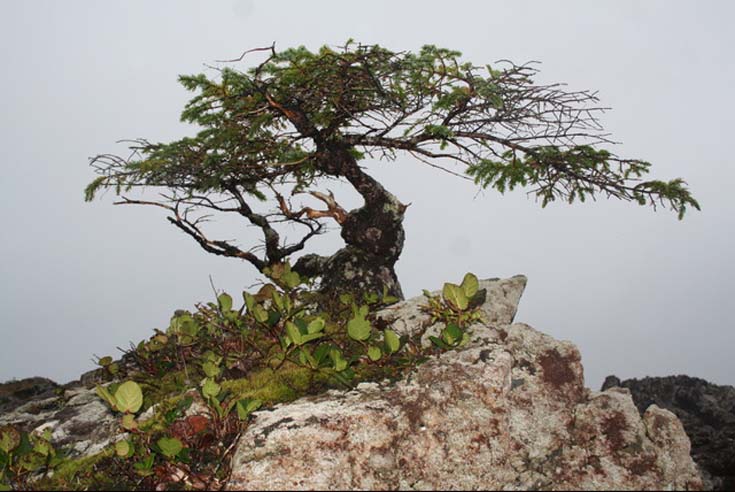 “Everywhere people are talking about the desperate need for a new story. I suggest that the stories worth attending to arise from the earth itself.” – Martin Shaw

My introduction to Charles Eisenstein’s work was his book, The More Beautiful World We Know In Our Hearts is Possible.”  I was very impressed that he offered this book, and his next, Sacred Economics, for donation via his website. This was a man who was walking the talk.

It took me a while to pick up his latest, Climate: A New Story. I figured that I probably knew what he had to say and frankly, I have been feeling a bit burnt out with the noise and static surrounding the topic, depressed and hemmed in by the clutter and detritus of what Civilization is becoming. What makes this book stand out from the plethora of others available now is Eisenstein’s uncompromising view that the “war against climate change’’ is a limited and limiting approach to the global climate emergency. Indeed, he has been even been labelled a climate change denier by some. His suggests that “environmentalists” and climate change “deniers”, both caught up in versions of the same “story are using the same playbook, It is Eisenstein’s seemingestablishment of a moral equivalency between these opposing voices that has led to his castigation by some.

The “story” rejected by Eisenstein, otherwise held by both “sides” in the debate, involves several features. Featured centrally are the sequelae of a catastrophic anthropocentrism, which include: a mania for control and management, the analysis of discrete phenomenon lacking a vision of the whole, and the use of quantitative measurements to both understand and to respond to problems; in short, reductionism. He describes these interlocking elements as the manifestation of the dominant cultural story, “the story of Separation”.

Firmly embedded in this narrative, both “environmentalist” and “denier” focus on a search for discrete causes, the use of similar or identical data sets, and simplistic solutions, such as carbon pricing.  More specifically, both “sides” tend to focus on the issue of “fossil fuel emissions”. The deniers are particularly concerned about this focus as they believe that governmental and corporate responses to this frame will amount to an economic slowdown and loss of jobs. Similarly, environmentalists and so-called “eco-warriors”remain largely fixated on this issue. A story about Extinction Rebellion in today’s (Oct. 16, 2019) Counterpunch highlights this focus: their primary demand is a focus on “zero greenhouse gas emissions” by 2025. The article notes that Extinction Rebellion “is the fastest growing environmental movement ever”, claiming 485 groups in 72 countries! Eisenstein suggests that it is no accident that war and conflict metaphors abound in the current debates. Many environmental activists urge the adoption of the social footing as societies do in times of war. Our default position is to search for an enemy, to name the enemy, and then seek to destroy it or at the very least, render it powerless.

But what if “the story” changes? That is where Eisenstein comes in, with this important new book!His central complaint is that while we are facing an existential crisis, we need a more radical vision of causes, consequences, and related responses. He argues that we must radically reconfigure this narrow and reductionistic framing our quandary. Rather than joining the clarion call to battle against carbon emissions, he proposes that we attend instead to the vast array of related challenges, each of which is related to the problem of our addiction to the dominant narratives of Civilization, as we know it.

He suggests that we turn our attention to the following issues, each of which can be addressed at a local level: habitat loss, deforestation, industrial agriculture, water management, and endangered species. Common to all of these is the contention that, “climate change is a symptom of eco-system degradation, a process that goes back at least five thousand years and has reached peak intensity today. It arises from the basic relationship that has prevailed between civilization and nature.”

Rather than seek the causes of our dilemma (the crisis, the catastrophe, the emergency) in a single source (which can then be attacked, e.g., with various modes of geo-engineering), he suggests that we look at a bigger context, the world in which these other, seemingly secondary systems, actually drive the crisis rather than being the cause of it. To use just one of Eisenstein’s example, one that is particularly salient here in British Columbia, is the issue of deforestation. While conventional wisdom now suggests that it is climate change that is exacerbating the problems in the forest – more frequent and hotter fires, overwhelming insect infestation –it may well be the other way around. Rather than seeing our problem as solely centered in the extraction of fossil fuels, might our treatment of the living earth also be useful frame for going forward. In this example, deforestation and forest degradation both contribute significantly to the loss of climate health. While potentially a significant carbon sink, or storage system, under the current regime, forests become a significant source of carbon emissions. Furthermore, as a result of industrial logging (particularly of old-growth forests), forests become more susceptible to fire, the ecological balance that keeps insects in check is disrupted, habitat is destroyed, soil is compacted and rendered susceptible to carbon sourcing, ecosystems are fragmented and disrupted, mycelial networks that function as a living web of communication are disrupted, and currently unimaginable pathways of ecological balance are destroyed. None of these elements are accounted for in conventional carbon modelling. Today, hundreds of square kilometers of forest are disappearing every year.

Eisenstein’s arguments here, as elsewhere, deserve close reading.  Extending them into the many domains under examination open us to a broader view than is typically offered in today’s harried dialogue about the environment.  “Apex predators (predators at the top of the food chain) are crucial in maintaining robust ecosystems, even though they make no direct contribution to carbon sequestration. There contribution is indirect, systemic, and diffuse. In North American forests, the extermination of wolves and cougars has led to burgeoning deer populations, which consume understory vegetation and new saplings, leaving soil exposed, increasing run-off and erosion, reducing water retention, and contributing to reduced rainfall during dry seasons and flooding during wet seasons. Changes in ground and understory vegetation also reverberate through insect, fungal, and bacterial communities, making trees vulnerable to insects and disease, and then to fire. Logging, acid rain, ozone pollution, and changing climatic patterns exacerbate these effects in a wicked synergy.”

The profoundly systemic and holistic view advanced by Eisenstein in Climate provides an important and critical corrective to current approaches to the climate emergency. Grounded in extensive research, it invites the envisioning of new lines of response. Lest the reader be concerned that his argument consist primarily and simplistically in a philosophical re-storying of our situation, Eisenstein’s book concludes with a broad program leading away from the “Concrete World” toward a living world. He proposes seventeen broadly conceived projects, including as a single example, such actions as the creation of “water restoration projects worldwide through water retention landscapes (swales, ponds, check dams, etc.), regenerative grazing and horticulture, and the strategic removal of dams, canals, and levees.”

In this book, as in his previous work, Eisenstein provokes us to step outside the conventional and dominant narratives that hold us in thrall. Guiding us towards “the more beautiful world”, this “new story” turns out to be the ancient one, in which Earth is a living organism, available and seeking relationship with us at all points; one in which “the purpose of humanity is to contribute our gifts to the beauty, aliveness, and evolution of Earth.”  The great challenge, it seems, is to undergo the likely painful initiatory rite of passage from the “mind-forged fetters” of industrial civilization with its seductive arrays of comfort, to the dance with “rich, rare, and sweet” wildness of life. For this, we need visionaries like Eisenstein who persist in inviting us to fall in love again with this world, this life.