The Challenges of Tackling Methane Emissions In British Columbia 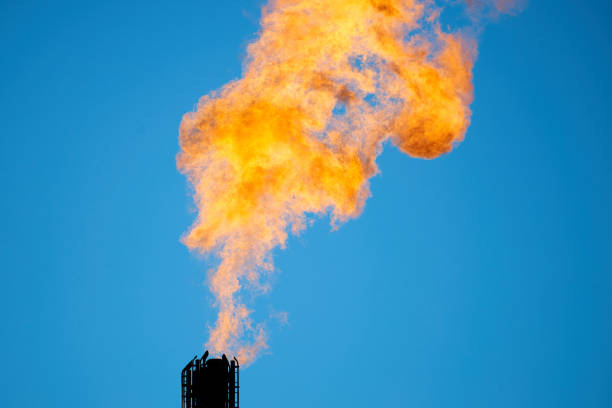 Warnings about the dangers of methane gas emissions in our atmosphere have been circulating for years but it wasn’t until November 2, 2021 when the world took collective action.

At COP26 in Glasgow, Scotland, more than 100 nations including Canada, U.S., the European Union and Japan signed a Global Methane Pledge. Big emitters like China, Russia and India did not sign up but for those countries that did, the agreement commits them to reduce their emissions of this powerful greenhouse gas by 30 per cent by 2030 (compared with 2020 levels.)

The commitment has been welcomed by the BC Ministry of Environment and Climate Change Strategy.

“We were encouraged to see world leaders sign onto the Global Methane Pledge, including the federal government, and are committed to reducing methane emissions well beyond these levels in British Columbia.”

Support has also come from environmentalists.

“What’s clear is that the IPCC (Intergovernmental Panel on Climate Change) has told us that there is no pathway to staying within 1.5 degrees Celsius without tackling methane. We’re pleased that countries around the world are signing up to do much more on methane. We want to see that momentum growing,” says Tom Green, Senior Science Policy advisor with the David Suzuki Foundation.

Methane emissions in the energy sector

Methane is a colourless, odourless gas, the main component in natural gas. It can be emitted to the atmosphere during the production, storage, and distribution of natural gas and the production, transportation, and storage of crude oil.

Methane is the second largest contributor to global warming after carbon dioxide (CO2) and is responsible for about a quarter of current global warming.

When methane goes directly into the atmosphere, it is 80 times more effective at trapping heat than CO2 over the first 10 to 20 years. Carbon dioxide on the other hand hangs around for hundreds of years. According to European Union estimates, a 30 per cent cut in methane emissions could reduce projected warming by 0.2 degrees Celsius. While that might not sound like much, it gives countries more time to reduce CO2 emissions.

Human-caused methane comes from various sources including the energy sector, agriculture and landfills. The BC greenhouse gas inventory for 2019 found that methane emissions for the oil and gas sector had increased nearly 8 per cent since 2007.

Reducing methane emissions in the oil and gas industry is considered by many experts to be the fastest way to slow the rate of global warming.

“We know from the oil and gas sector of different projects to reduce emissions and eliminate them. It’s one of the quickest and cheapest ways to bring down emissions. Another great side effect is that if you reduce your venting and leaks you get a chance to sell your stuff. It’s such a no brainer,” adds Green. “We did research earlier that showed you could get an 85 percent reduction and it would cost less than $30 a tonne which is less than the current carbon price in British Columbia.”

In BC, the Oil and Gas Commission(BCOGC)conducts inspections of oil and gas facilities and wells looking for leaks of methane. In 2020, approximately 11,000 inspections were conducted, identifying 1,000 methane-related deficiencies. THE BCOGC also says industry identified over 5,000 leaks in 2020, the first year it began reporting leak data to the commission.

While the commission says some leaks are straightforward to correct, others require the facility to be shut down, parts to be ordered, or equipment/services to be brought in.

Green wants to see a full out effort to reduce emissions, “The great thing is there are a lot of Canadian companies that are supplying zero-emission equipment offering services to the oil and gas industryto help with their monitoring.”

The BCOGC is guided by new regulations which came into effect in British Columbia January 1, 2020. They’re aimed at cutting methane emissions in the upstream production of natural gas by 45 per cent by 2025.

As part of CleanBC’s Roadmap to 2030,the goal is to reduce methane emissions from heavy industry by 75 per cent by 2030 (below 2014 levels), consistent with the federal government and nearly eliminate all industrial methane emissions by 2035.

The BC Government considers its targeted actions among the strongest on the continent to reduce emissions across heavy industry in B.C.

However, there’s doubt thatB.C.’s targets can be reached in time.

According to a research study published this year in Environmental Science and Technology, inspections are failing to detect a significant number of emissions in BC.The peer-reviewed studywas led by David Tyner and Matthew Johnson of Carleton University and supported in part by the BCOGC.

Their research teams using aerial surveys and laser technology of 167 oil and gas sites in the northern part of the province found that oil and gas facilities in B.C. are producing 1.6 to 2.2 times more methane pollution than current federal government estimates.

More than half of emissions were attributed to three main sources: tanks (24%), reciprocating
compressors (15%), and unlit flares (13%). The report concluded that ‘these are the sources driving upstream oil and gas methane emissions, and specifically, where emerging regulations must focus to achieve meaningful reductions.’

The Ministry of Environment notes that the study took place a year before BC’s new methane regulations came into effect.

In a statement, the Ministry said, “We’ve done follow up surveys this year after the regulations have been implemented to check on progress and better understand how new measurement techniques can help us better manage emissions from the oil and gas sector.”

The current regulations will be under review in 2022 and the BCOGC says it will be considering the information produced by Tyner and Johnson as part of that review.

Even so, Green is not confident BC will meet its announced targets by 2030.

“We have a bigger problem than we thought. Government can’t deny that the problem is quite severe. Regulations were designed on some outdated data. We are going to be pushing hard to have these regulations strengthened.”

LNG and the road ahead

And there’s another problem besides undetected methane emissions – huge handouts in BC government subsidies and a range of other tax incentives to the LNG (liquefied natural gas) industry in British Columbia. Critics say the billions of dollars in government support clash with the province’s plans to deliver clean energy and make it impossible to meet its methane emissions targets.

One of the major beneficiaries of government support is LNG Canada. Construction is now about 50 per cent complete on itsmassive export facility in Kitimat and the 670 kilometre Coastal Gas Link pipeline that would transport natural gas (most of it fracked gas) from northeastern BC to the Kitimat plant for processing.This is the project at the centre of standoffs between the RCMP and the Wet’suwet’en hereditary chiefs who are opposed to the pipeline running through their unceded territory.

In addition, there are other projects awaiting approval.Three LNG proposals are before the B.C. Environmental Assessment Office for review.

Climate activists believe the burgeoning LNG industry if it comes on stream will push greenhouse gases including methane emissions even higher.

“The more fossil fuel we burn or export from BC, the more we contribute to global warming. We’ve had the heat dome and now these atmospheric rivers causing extreme flooding and so much damage to the province’s infrastructure,” Green says.
“It’s insane the government doesn’t see that this is undermining its own climate initiatives. It’s such a huge source of emissions.”

In the next edition of the GTEC Reader, Bill Stovin will report on efforts to reduce methane emissions at solid-waste landfills and in the agriculture sector in British Columbia.