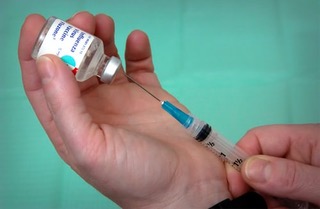 The latest COVID19 mortality projections from the Institute for Health Metrics & Evaluation cover the next 100 days, to April 1, 2021. This will likely be the deadliest period in the history of the pandemic. IHME forecasts a worldwide average of 12,000 fatalities per day to approach three million by April. We are already at that daily level of COVID deaths, and having surpassed 700,000 new cases on several days this past week, the body count will probably persist.

The United States, whose new daily positives have just surpassed 250,000 for the first time, figures to lose 2400 people a day to the virus for the next 100 days. This is actually a reduction from current mortality numbers in the US, which have often breached 3000 per day this month. According to the IHME estimates, close to 100 million Americans should be vaccinated by April 1st, and that could save 50-60,000 lives by then.

Given the early hiccups in the shipment of vaccines to various states, plus a high level of vaccine hesitancy in the population, I am skeptical that 100 million Americans will have received two jabs each in the next three months or so. It will be interesting to monitor the inoculation statistics as they roll out, now that he Moderna product is about to follow Pfizer/BioNTech into general distribution across the country.

In the United Kingdom where vaccines have been administered for a couple of weeks now, a new strain of the virus is said to be 70% more transmissible. PM Boris Johnson has ordered the most severe lockdown yet over the holidays. But the IHME is projecting 500 more deaths per day until April in the UK.

The European Union will not begin getting vaccines into arms until after Christmas. Germany may be the hardest-hit member in the near future, as its huge recent spike in cases is forecast by the IHME to produce 600 deaths per day for the next 100 days. Italy and France, 300 a day. Farther east, Russia is predicted to reap the whirlwind of its recent case surge with 800 daily COVID fatalities until April.

Brazil may be over its worst phase, but is still projected to lose 550 souls a day for the next three-plus months. And Mexico will say adios to 430 per day.

Finally, the near-term estimate for Canada, after major case rises in several provinces, is a doubling of daily deaths to 170 until the vaccine starts to make a difference by the spring.