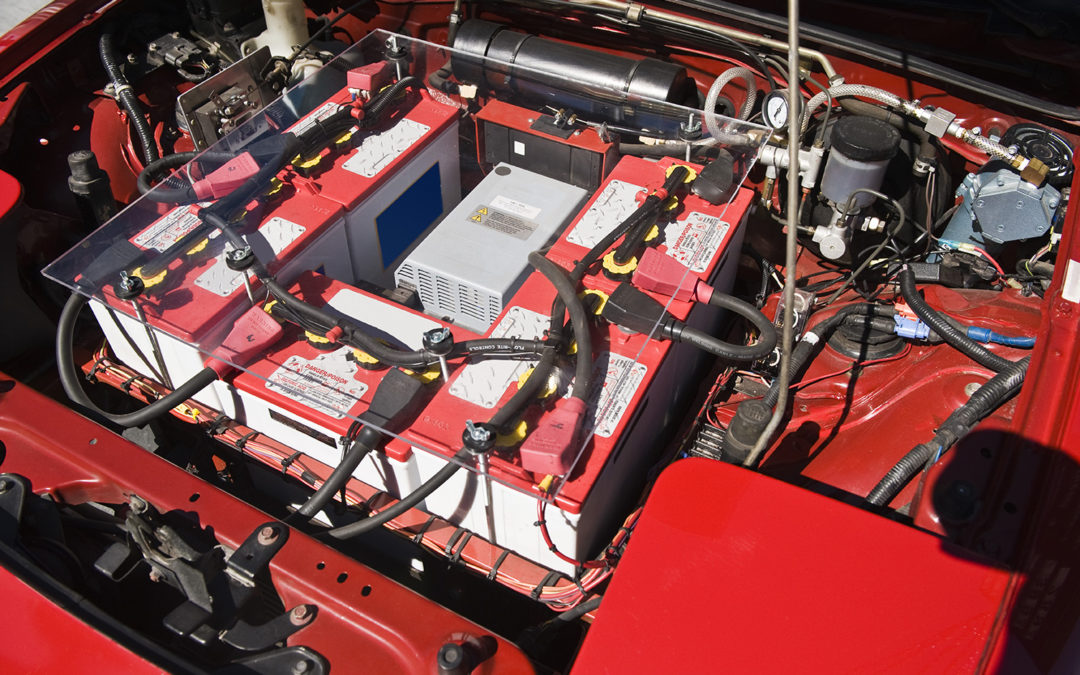 Close up of battery in plug-in hybrid car

The first of three fast-charging stations for all-electric vehicles traveling in the corridor between Alberta’s two largest cities was announced in Calgary on Tuesday.

The province lags behinds Quebec, Ontario and British Columbia in electric car use — with roughly 1,000 on the road today — but stations opening adjacent to Canadian Tire stores near Edmonton and in Red Deer and Calgary are aimed at boosting those numbers.

There are existing Tesla fast-charging stations already in place, but they support only Tesla electric vehicles.

“It should allow easy use of electric vehicles between Edmonton and Calgary,” said Wayne Stensby of ATCO Electric. “It’s early days for the electric vehicle industry in Alberta and that’s why we’re thinking charging stations and the introduction of a corridor is really important to help enable and promote that industry.”

It’s an initiative between ATCO, Canadian Tire and Quebec-based FLO, which makes the charging units. FLO says on its website that the units provide 300 kilometers of range per hour of charging.

FLO president and CEO Louis Tremblay, left, and ATCO Electric’s Wayne Stensby are trying to calm the rivalry between Calgary and Edmonton with a corridor of fast-charging electric vehicle stations in the new year. It starts in Calgary in the spring. (Mike Symington/CBC)

“We know from working with other provinces and other energy suppliers that a corridor between major cities will catalyze the electric mobility, so it’s really key for us,” Tremblay said.

He said currently about 80 percent of charging for electric vehicle owners is done at home.

“I think over the next five years we will see a fast growth, as we have seen in Quebec,” Tremblay said.

“It’s always a chicken and egg problem, but when you make it easy to access, Albertans will be more likely to buy electric cars.”

The Calgary station will be the first to open in the new year, followed by Red Deer and Edmonton shortly after.