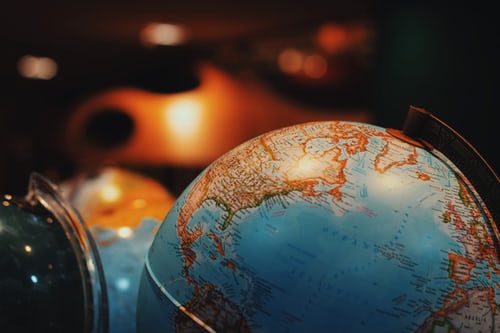 Measuring and predicting the progress of COVID-19 is not an exact science, as explained in this informative website:

A Comic Strip Tour Of The Wild World Of Pandemic Modeling

According to worldometers.info, the pandemic shows no sign of slowing down around the planet. For the past five weeks the daily increase in worldwide positive cases has ranged between 65,000 and 100,000 while the daily loss of life has fluctuated between 6000 and 8000. Today’s global totals on Worldometers are 3.64 million cases and 252,000 fatalities.

The UK obviously didn’t get the memo from mainland Europe in time to forestall a fierce attack from COVID-19. Ignoring the warnings from Italy and Spain, whose coronavirus cases began a steep climb in early March, followed by a similar rapid ascent in deaths by mid-month, British PM Boris Johnson did not declare a lockdown until March 24th. France had done so a week earlier. Six weeks later, the continental curves are on a gentle downslope with daily fatalities having fallen below 300 for the past several days in Italy, Spain and France. Meanwhile the UK has continued to suffer daily deaths in the 500-1000 range for a full month now (but less than 300 for the past two days). The British body count has now overtaken all three of those countries.

Another emerging hot spot is Brazil, which has already recorded 7,300 deaths among its 105,000 cases. Unfortunately Brazil’s President Bolsonaro has been a COVID-19 denialist. Consequently the country has very low testing numbers at this point, and lockdowns have been ineffective. There are reports that Brazil’s hospital system is on the verge of collapse. Mexico, Peru, Ecuador and Chile are also spiking in daily case counts.

Russia represents yet another outbreak in the making. Russia’s new case count is still surging, topping 10,000 in each of the past two days. About half of its 145,000 reported cases are in Moscow. The case fatality rate in Russia remains very low (1%), but perhaps not for long.

Here’s an interesting spotlight on testing. The oil-rich United Arab Emirates (Dubai, Abu Dhabi and five smaller states) has tested more than 12% of its 10 million residents, far more than any other country except tiny Iceland. The UAE has been recording 500+ new cases per day for a couple of weeks now, but very few deaths (around 1% of cases). This suggests a large proportion of mild or asymptomatic (or false?) positives. Another possible explanation for the low mortality is that nearly 90% of the UAE population is made up of foreign workers, a relatively youthful cohort. Worldwide, COVID-19 has mostly killed the elderly.

Nearby Qatar and Saudi Arabia also have very low fatalities despite a rapid rise in recent cases — with less testing. We’ll soon see whether that survival pattern persists.

The USA keeps rolling out 25,000+ new cases and 1500+ deceased almost every day. New York State is poised to overtake France and Spain in coronavirus deaths, with about one-third of their populations. The nation’s capital region — DC, Maryland, Virginia — is seeing sudden upticks in new infections.