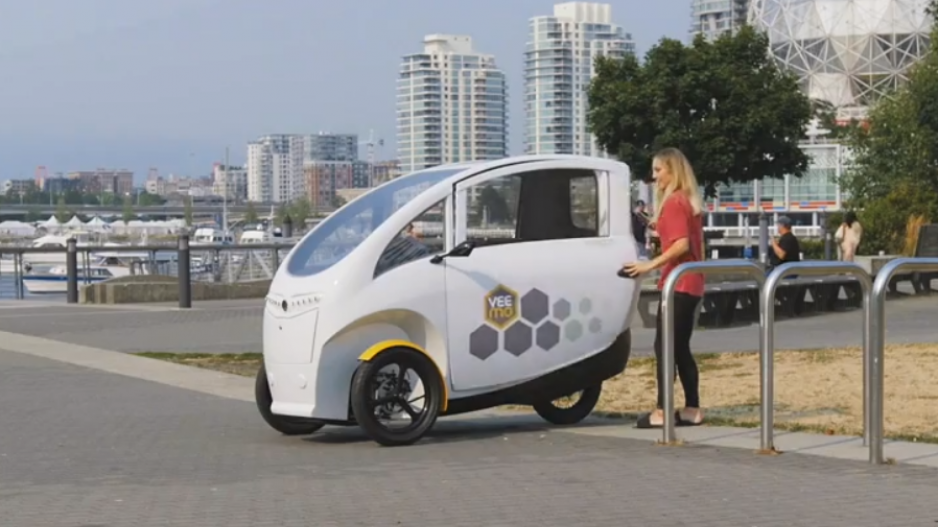 Vancouver’s VeloMetro launched a vehicle-sharing service on the University of British Columbia campus yesterday (February 27) after what it describes as a successful beta test conducted in the fall of 2017.

The company’s Veemo trikes are neither bikes nor cars, but they have characteristics of both. They are velomobiles – enclosed human-powered vehicles – that use both pedal power and solar-panel-generated electricity to operate. The vehicles are regulated to travel at a top speed of 32 km per hour.

There are currently five vehicles in service on the campus, and the company has ambitious plans to expand the fleet into the City of Vancouver and beyond.

“We have aggressive growth plans to provide the velomobile-sharing service across Metro Vancouver, the province and along the Pacific Northwest,” VeloMetro’s Anthony Miller told Business in Vancouver via email.

“Veemo velomobiles will also be available for purchase commercially in the future.”

The beta test had around 400 test riders logging more than 2,700 total kilometres and 630 hours of trip time.

There are 24 Veemo parking spaces at UBC. Velomobiles are booked via a smartphone app. Users don’t need a driver’s licence or insurance.

VeloMetro told BIV it is currently offering users a promotional rate of 10 cents per minute for the next two weeks, and it has yet to determine a future rate.