How does it feel to be without a home…. - GTEC Blog

How does it feel to be without a home…. 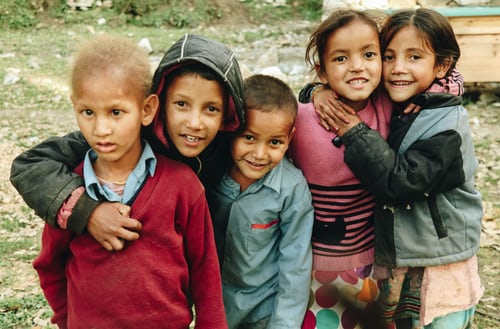 The climate crisis will become a homelessness crisis. Both are generated by the same set of values and the same economic system. In a reprise on a much larger scale of the large groups of people in urban environments around the world who are homeless or living in slums, millions of human beings worldwide will be robbed of a place to live by the floods, fire and extreme weather conditions brought about by a changing climate. Climate change will render uninhabitable whole zones of the earth because of extremes of heat and rising tides – https://www.ipcc.ch/sr15/ . Millions of people will be left to wander the face of the earth looking for a home. Until we transform this set of values and its associated economic system, they will re-produce these conditions everywhere.

Scientists the world over have repeatedly warned of the outcomes of climate change. Though we have experienced a foretaste of what is to come in situations like the recent fires in Australia, governments tinker, a little bit of legislation here, a few regulations there, a declaration of a climate emergency one day and a pipeline the next. Whether politicians, government officials, corporate executives, environmental activists or cashiers at Safeway, we know the handwriting is on the wall. We know that a major change in our social and economic worlds is in the cards…..but not yet. The ‘not yet’ and its expiry date are always important questions in relation to change.

The COVID-19 crisis has shown us a microcosm of how ‘not yet’ works. By early January COVID-19 was in full swing in Wuhan, but it was far away. Scientists and government intelligence agencies rang the alarm, but society after society in the developed world hesitated when action could have saved lives and prevented more dire economic consequences.

On March 9, the day before Italy locked down, President Macron strolled the Champs Elysees with his wife touting the vibrancy of the French economy.

We had to wait, to see it, to taste it, to hear the sirens blare and witness a loss of lives. And then we acted, some countries more boldly and definitively than others and with very different results.

We are deeply attached to set of values and an economic system that has conferred tremendous material benefits while, at the same time, making us increasingly insensitive to one another and to those less fortunate, less privileged and less endowed. We tell ourselves that our good fortune reflects our virtue, our cleverness and the fruit of our efforts. A culture of individualistic values expressed in hypercapitalism invites a trance like state of persistent self-interest, incessant activity and the avid pursuit of endless growth. Together our individualistic preoccupations and the hypercapitalism system reinforce our predilections to get more of what we like, push away what we don’t like and ignore the rest. The extent to which this trance is socially and economically induced is reflected in what happens when a catastrophe such as COVD-19 breaks the spel and dials down the ‘economy’. Suddenly, there we are. We find one another. Outbreaks of love and compassion occur everywhere. Musicians serenade their neighbourhoods from balconies and fathers play with their children in the park.

Like the climate crisis, homelessness prejudices the less fortunate, the mentally ill, the poor, the addicted and racial minorities. That is how we do things. We accept the unseemly concentration of wealth in the hands of a few people. We accept that the economy can destroy our habitat in order to generate wealth for a select few. We accept that corporations whose avowed aim is not the public good, but the monetary benefit of shareholders can exercise a disproportionate influence over political decision-making. We accept that it is ok to house countless seniors in substandard conditions. We accept the persistence of racism and xenophobia. We accept that it is somehow ok to destroy the viability of life on earth. I wish this were polemic. But, it is not. It is much closer to fact than polemic.

What is going on here? We are not bad people as the COVID-19 crisis has revealed. We care deeply about our families, friends, colleagues and neighbours and even strangers. In the simplest of terms, as a colleague at Metro Vancouver told us one day: “People don’t have the bandwidth to respond to the climate crisis.” Or to quote a recent essay by Julio Vincent Gamboto – https://www.wbur.org/cognoscenti/2020/04/14/gaslighting-coronavirus-julio-vincent-gambuto

We have goals to meet and meetings to attend and mortgages to pay — all while the phone is ringing and the laptop is pinging. And when we get home, Crate and Barrel and Louis Vuitton and Andy Cohen make us feel just good enough to get up the next day and do it all over again. It is very easy to close your eyes to a problem when you barely have enough time to close them to sleep….. The greatest misconception among us, which causes deep and painful social and political tension every day in this country, is that we somehow don’t care about each other.

What are we so busy doing? Like a fly in a spider’s web we are caught up in an economic system that rewards us just enough to keep us going if we are lucky and/or have a degree or two. Those who are less fortunate and don’t have degrees pedal harder to keep up in the face of stagnating wages. A bad break or two and they are at the food bank or on the street. The few sitting on top of this pile make enough money to make a feudal lord jealous.

Hypercapitalism is characterized by an ethos that suggests that other than protecting the country and enforcing the law, government’s major responsibility is to pave the way for corporations, large and small, whose priorities are making money for shareholders. Aside from these responsibilities, the smaller the government and the lower tax burden on the citizenry, the better. Financial chicanery and tax avoidance are part of the menu. In some mystical and invisible way these economic arrangement are thought to serve the public good. Perhaps, in the distant past, in the way Schumacher alleged in Small Is Beautiful this worked, but scale it up, globalize it and add the sweet and sour sauce of marketing and advertising and you have a recipe for unimaginable income disparity with destruction of the environment thrown in.

Another hypnotic trick is to insinuate that if we would just be good boys and girls and adjust our habits as consumers all would be well with the climate crisis. This spel invites us to think that we can change the situation as  consumers — that buying correctly and recycling diligently are the major ways we can fight climate change. The fact of matter is that compared to the carbon emissions of the US military, for example, not to speak of industry and office buildings, collectively, our individual contributions are much less significant. Becoming individual eco-saints alone will not get the job done. Institutional change on a large scale is required. This is not to say that adjusting our habits is unimportant, but it is to say if making individual adjustments is primarily what happens climate change will proceed unmitigated.

Numerous environmental organizations and coalitions of environmental organizations have attempted to infuse governments with a sense of urgency about the climate crisis. As invaluable as this work has been it has had mixed results. From the government perspective the environment is one ‘file’ amongst many files just the same as the environment is one amongst many ministries. Government is also accustomed to responding to specific problems within specific files and in balancing the competing interests of various stakeholders rather imagining and engaging in the kind of whole system change that the climate crisis requires. The responses to the Covid crisis by governments such as BC and New Zealand provides a sense of what whole system change begins to look and feel like. The BC government, for example, successfully navigated and communicated a shift from negotiating among various interests to focusing on the public good.

What is missing in the current equation of change in relation to the environment is the power of communities and, ultimately, the aggregate power of communities sometimes referred to ‘political will’. Political will needs to be mobilized in order to assure the scale of change required by the climate crisis. In recent times one of the masters of mobilizing political will was former US President Barack Obama. Obama applied his community development skills to the problem of getting to the White House on both occasions. He used a version of mobilizing local ‘hot networks’ to build a campaign infrastructure.

Hot networks is a term I have used to describe constellations of people who recognize one another by name. A person is a member of your hot network if he or she will return a phone call or respond to an email from you. Hot networks are defined by an affinity of values and shared history and are similar, in some ways, to what used to be called clans. Obama recognized their potential as drivers of change. Changes in attitudes, mutual support and activation take place in relationships. Beginning in garages and church basements these networks transmitted the Obama message out to the adjoining networks to which they were connected. The Obama team developed a congruent software called Snowflake that enabled tracking the work of these expanding networks.

This a critical juncture for the environmental movement. The shock of the Covid-19 has induced a widespread consensus that society needs a change in direction. At the same time, we all yearn for the world with which we were familiar. Vested interests are ramping up to urge a quick fix and return to normal. Before we knew it, the Canadian Association of Petroleum Producers (CAPP) was knocking on government’s door with a well-crafted message on behalf of their interests and the airlines have their hands out. We are being invited to forget what Covid has been teaching us at such a dreadful cost.

Covid has taught us that we are stronger together, that governments are capable of acting definitively, that reducing carbon emissions is not rocket science, that the skies over LA and Milan can be smog free and the canals of Venice can run clear.