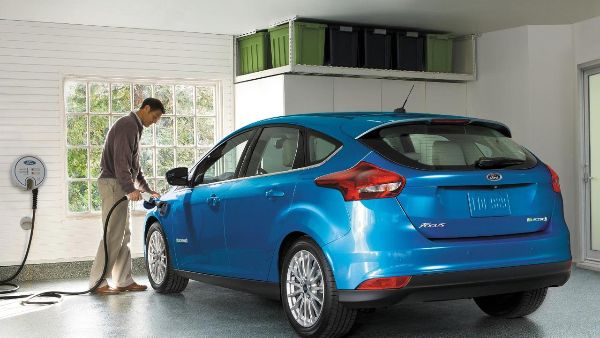 A new report on Canada’s auto industry suggests its survival will be dependant on government backing for electric vehicles and driverless cars. Support is necessary to ensure Canada can be part of the ongoing global shift to EVs. The report finds that while Canada has a skilled and experienced labour force to entice EV makers, it won’t be enough without a strong market in which to sell them.

Other countries have motored ahead in this regard, perhaps none more than China, which is already reaping the rewards. And speaking of China, Vancouver-based EV manufacturer Electra Meccanica just opened a SOLO EV production facility in Chongqing this week as it aims to deliver 5,000 vehicles by the year’s end.

A new study in Nature Climate Change surveyed 18 countries that achieved the biggest CO2 emission reductions between 2005 and 2015. What was their secret carbon-slashing weapon? Countries that reduced their carbon emissions the most had—wait for it—the most policies in place to do so. The excuses for scrapping climate policies are drying up faster than you can say “carbon pricing.”

Turns out, good climate policy can be lucrative as well as effective. Quebec, which has a successful cap-and-trade system in place for pricing carbon, auctioned off carbon credits to carbon emitters last week, generating millions of dollars for the province. As Jacques Papy, a law professor at the Université du Québec à Montréal, said: “When we talk about carbon pricing, what we mean, really, is preparing the economy, and society as well, for a big shift, for a transition to a low-carbon economy.”

Tax season can be, well, taxing. But if you live in Saskatchewan, Manitoba, Ontario, or New Brunswick, you have one reason to be cheerful. You can claim your Climate Action Incentive payment (otherwise known as the carbon tax rebate) of between $128 and $305, depending where you live.

Climate change is bad for your health. Medical experts from five national health organizations have diagnosed Canada with a climate change health crisis, caused by an assortment of hazards including wildfires, power outages, tornadoes, and floods. The treatment? Refer to the second story in this newsletter.

Shell gets wind of a British opportunity

Increasingly-clean-leaning oil giant Shell is acquiring offshore wind capacity off the coast of Britain as part of its pledge to spend US$1 to $2 billion a year on cleantech. Despite the country being in politically choppy waters over its EU membership, Shell is not deterred, with the executive vice president at Shell’s New Energies saying that “supportive government policies” were more important.

A new report says big consumer goods companies are factoring climate change into their business models. From brewer AB InBev’s new form of barley that needs less water, to PepsiCo’s vegan nutrition bars—the report’s authors were “surprised how much these companies were aligning themselves with changes in consumer preferences.”

Why you should be thinking about ‘externalities’

This op-ed by University of Regina economics Professor Brett Dolter presents a strong case for carbon pricing by explaining climate change as an “externality.” The gist is that the costs of climate change are not reflected in what we pay for things, meaning we use more of it than we would if we were footed with the true bill.

In the mood for some hard truths?

Warning: it’s not uplifting. But it is informative, and important. Without further ado, “Our Five biggest delusions about climate change.” Here’s a quote to give you a flavour: “If warming continues unabated, by the end of even this century, no life will remain untouched.”

Original content from:
Clean Energy Review is sponsored in part by Genus Capital Management, a leading provider of fossil-fuel-free investments.