Is BC ready for the electric vehicle revolution? - GTEC Blog

Is B.C. ready for the coming electric vehicle revolution? 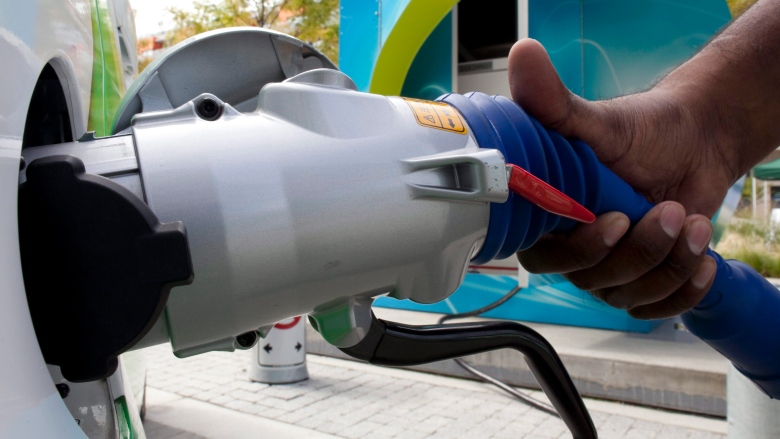 While electric vehicles are seeing increasing adoption in urban centres like Vancouver and Victoria, is the rest of B.C. ready for the disappearance of the internal combustion engine? (Jonathan Hayward/Canadian Press)

Market is changing and urban centres are on board — will the rest of province follow?

Two of the world’s largest auto manufacturers — Ford and General Motors (GM) — made headlines this week by announcing a significant widening of their electric offerings in the near future, seen by many as emblematic as a broader industry move away from the gasoline engine.

But is B.C. ready for that change?

While electric vehicles are becoming increasingly popular in urban centres like Vancouver and Victoria, much of rural B.C. still has concerns.

Michelle Mungall, provincial energy minister and MLA for Nelson-Creston, says electric vehicles will be an important part of reducing B.C.’s carbon emissions. But she says her constituents have concerns about the adoption of new technology when their cars are such essential lifelines.

“I have one of the highest mountain passes that I have to cross over right in the middle of my riding,” Mungall said, referring to Kootenay Pass between Salmo and Creston.

“My number one concern is, will an electric vehicle get me through a blizzard on that highest pass in Canada?”

Andrew Weaver, leader of the B.C. Green party and owner of an electric vehicle himself, says these concerns represent the biggest hurdles facing the wider adoption of electric vehicles.

While [Weaver admits] it is true that an electric vehicle’s range suffers in the winter, he said electric vehicles already have ranges comparable to gasoline-powered cars.

“A lot of what’s out there is folklore that’s not true and barriers that are artificial,” Weaver said.

He also disputed the notion that electric vehicles take a long time to charge, saying he can charge his vehicle from 20 to 80 per cent in 15 minutes with a specialized DC fast charger.

But that belies another significant problem, which is the lack of infrastructure. It can be hard enough to find standard charging stations outside of major urban centres, let alone fast chargers.

Weaver said one of the main reasons charging infrastructure isn’t more widespread is because of unnecessary regulatory barriers. He noted, for example, that a company must be registered as a utility before it can charge a customer for use of charging station.

While B.C. already has a number of incentives in place — including a $40 million commitment to increasing electric vehicle adoption in the NDP government’s recent budget update — Weaver said it’s still not enough.

“We are lagging behind many other jurisdictions [in this],” he said.

While the difference in transportation needs between urban and rural dwellers is significant, moves like those from GM and Ford may help with rural adoption of electric vehicle technology.

Matthew Klippenstein, a professional engineer and co-host of the podcast Cleantech Talk, says such a dramatic lineup overhaul from major manufacturers is a signal to consumers that electric vehicles are ready for prime time.

“I’m sure that we’ll see dozens if not hundreds of new options in the coming, say, five years — not just from GM but every other auto maker, making sure that, if a customer wants something, they have a product to meet that desire,” Klippenstein said.

There are about as many Ford F-150s — a top-selling truck — sold in a month as there are electric vehicles sold in a year in Canada, he noted, so the electric conversion of that one product line alone is a significant market shakeup.

But the auto industry moves at a glacial pace when it comes to adopting new technology, Klippenstein said — largely due to the massive investment required in development.

For Weaver, the detrimental environmental effect of B.C.’s continued reliance on the internal combustion engine means it’s too important to wait. He wants the province to reduce barriers and adopt a zero-emissions vehicle policy similar to Quebec’s.

“We cannot afford to be not aggressive,” Weaver said.