German minister to carmakers: Invest in electric cars or lose out 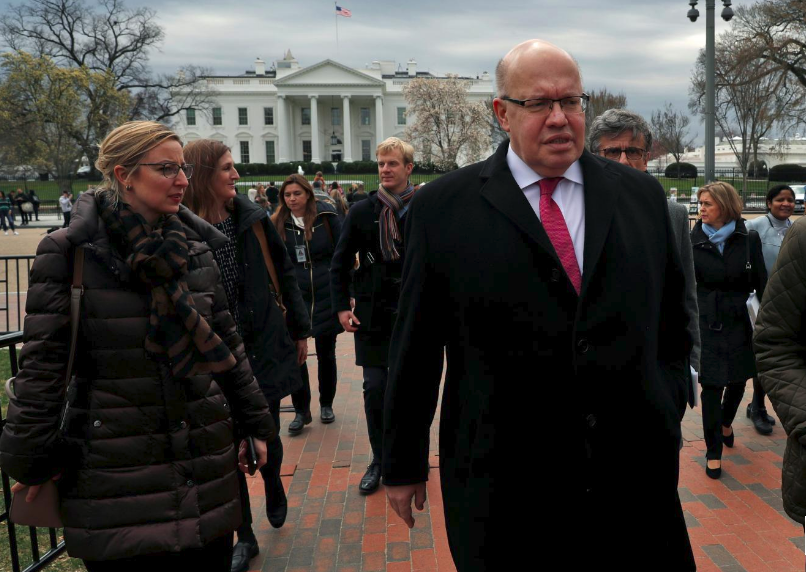 Altmaier told Germany’s mass-circulation Bild newspaper that the carmakers needed to invest high “two-digit billion amounts” in electric car technology, saying he did not understand why the firms had hesitated for so long.

Investments were also needed in battery production, given expected demand for many millions of electric batteries that could help firms earn good money, he said.

“Otherwise we’ll have to accept that a large part of the added value will be produced in Asia or the United States, instead of here with us,” he said.

The German car industry, which accounts for some 800,000 jobs in Europe’s biggest economy, is struggling with a global backlash against diesel cars after Volkswagen (VOWG_p.DE) admitted in 2015 that it had cheated U.S. exhaust tests.

To help reduce pollution levels and avoid a total ban on diesel vehicles, VW, Daimler and others have stepped up development of electric cars.

The new German coalition government plans to ease the tax burden on drivers of electric vehicles, provide at least an additional 100,000 charge points across the country and subsidize car-sharing to push a shift to greener transportation.

There are also plans to provide funding for research into autonomous driving technology and support the establishment of battery cell production in Germany.

Altmaier said German carmakers needed to develop a model that had at least the range of a Tesla but costs less, and should work on developing an information technology platform for self-driving cars that was the best in the world.

“The first safe self-driving cars must operate with German technology,” he said.

German companies should also work with other European firms to develop a European battery cell production.
The conservative minister said it was imperative to secure the hundreds of thousands of jobs now supporting the car and supplier industries.