Canadian Households Can Save Big By Driving Electric Cars: Study 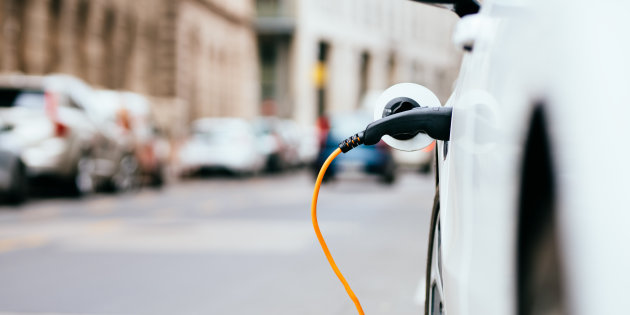 Electric car sales made up only two percent of all vehicle sales in Canada in May.

Canadians can save a lot of money by driving electric cars instead of gasoline-powered ones, according to a new study.

A report released last week by environmental group the 2 Degrees Institute showed that Canadians can save from 66 to 77 percent of fuel and operating costs by driving battery electric cars. It also found that since electric cars have fewer moving parts, as well as less scheduled and virtually no routine maintenance, service costs were also lower.

The study compared two vehicles with their battery electric counterparts: the 2018 Volkswagen Golf hatchback and the 2018 Kia Soul EX hatchback. The electric versions cost an additional $12,850 and $7,860, respectively, in every province but Quebec and British Columbia.

Quebec’s rebates bring the price difference for the Kia down to $4,850, and around $140 for the Volkswagen.

In B.C., the price difference could be as low as $1,850 for the Kia and $2,860 for the Golf after rebates if the purchase is also part of the province’s Scrap-It program, which offers $6,000 if another car is traded in for a new electric vehicle.

Electric vehicle sales are low in Canada — in May, they accounted for just two percent of all vehicle sales — likely in part due to their reputation of being more expensive.

I think 20 years from now, hopefully sooner, we’ll be looking back at this period of time when we all were driving gas vehicles around and thinking like, ‘Isn’t that crazy that we were doing this?’
Ryan Logtenberg, 2 Degrees Institute

Institute director Ryan Logtenberg, who co-authored the study, also drives an electric vehicle. He told HuffPost Canada he estimates his hydro bill has gone up by about 25 percent, though he has solar panels installed to offset the costs as well.

The study recommends transitioning to an electric vehicle if you live in an area where the electrical grid is powered by renewable energy, such as hydroelectric power.

“Driving an EV is probably the single biggest step that people in those provinces can make to significantly reducing their carbon footprint,” Logtenberg said.

If you live in an area where the grid is largely powered by fossil fuels, like in Alberta and Saskatchewan, it suggests installing solar panels to reduce your carbon footprint.

The study does acknowledge that it has some caveats due to a lack of historical data. For example, service costs are a bit uncertain because there haven’t been enough people owning electric cars for long enough to know what the average life of a battery pack is. Therefore, it’s not clear whether 10-year service costs for electric vehicles should include replacing a battery pack.

However, early data from Tesla car owners shows an initial five percent drop in capacity after 40,000 kilometers, and no drop below 90 percent until after 250,000 kilometers.

The study also didn’t include depreciation and insurance costs because of a lack of long-term data.

Logtenberg said he thinks a lot of fellow electric vehicle drivers feel similarly about how archaic gasoline-powered vehicles are.

“I think 20 years from now, hopefully, sooner, we’ll be looking back at this period of time when we all were driving gas vehicles around and thinking like, ‘Isn’t that crazy that we were doing this?'” he said.

“And compare it to how we feel now about say, smoking in airplanes or in restaurants, and how nowadays that seems so archaic that we would be feeling it’s completely normal to be polluting the air all around us.”