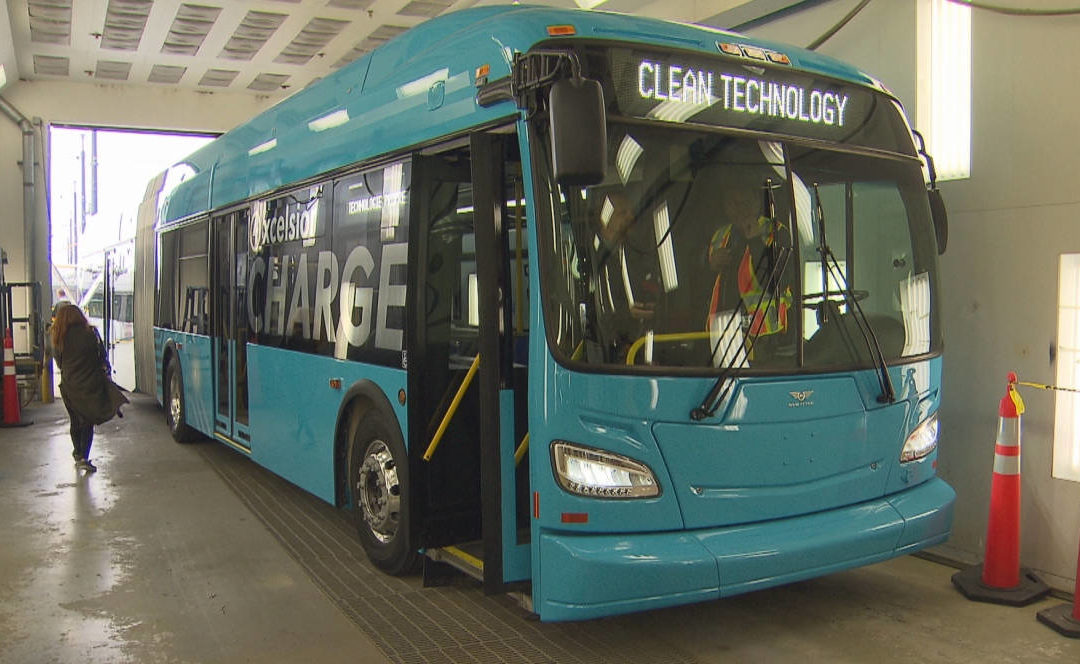 TransLink unveiled the prototype for its new clean energy buses Thursday morning at its bus yard in South Vancouver.

Four of the new electric-only buses will added to the No. 100 route connecting Vancouver and New Westminster sometime next year.

The battery-powered buses will be capable of recharging in minutes at new charging stations to be installed at both ends of the route. A robotic arm will swing down and charge the buses while passengers remain onboard.

It means drivers will be able to top up the battery while taking a coffee break or loading and unloading passengers, say officials.

Bus drivers will be able to top up the vehicle’s battery while taking a coffee break, TransLink officials say. (CBC)

Much like electric cars, the buses will also use regenerative braking to top up their lithium batteries when slowing or stopping. The new technology will also allow TransLink to run electric buses away from trolley lines.

Officials say the main difference passengers will notice will be a much quieter and smoother ride compared to a conventional diesel or trolley bus.

The new buses will cost about $1 million each, as will each of the two new charging stations, but officials say the technology should pay for itself in fuel savings and maintenance in about six years.

The data collected from the new service will be used to eventually transition the entire bus fleet to zero-emission technology, say officials.